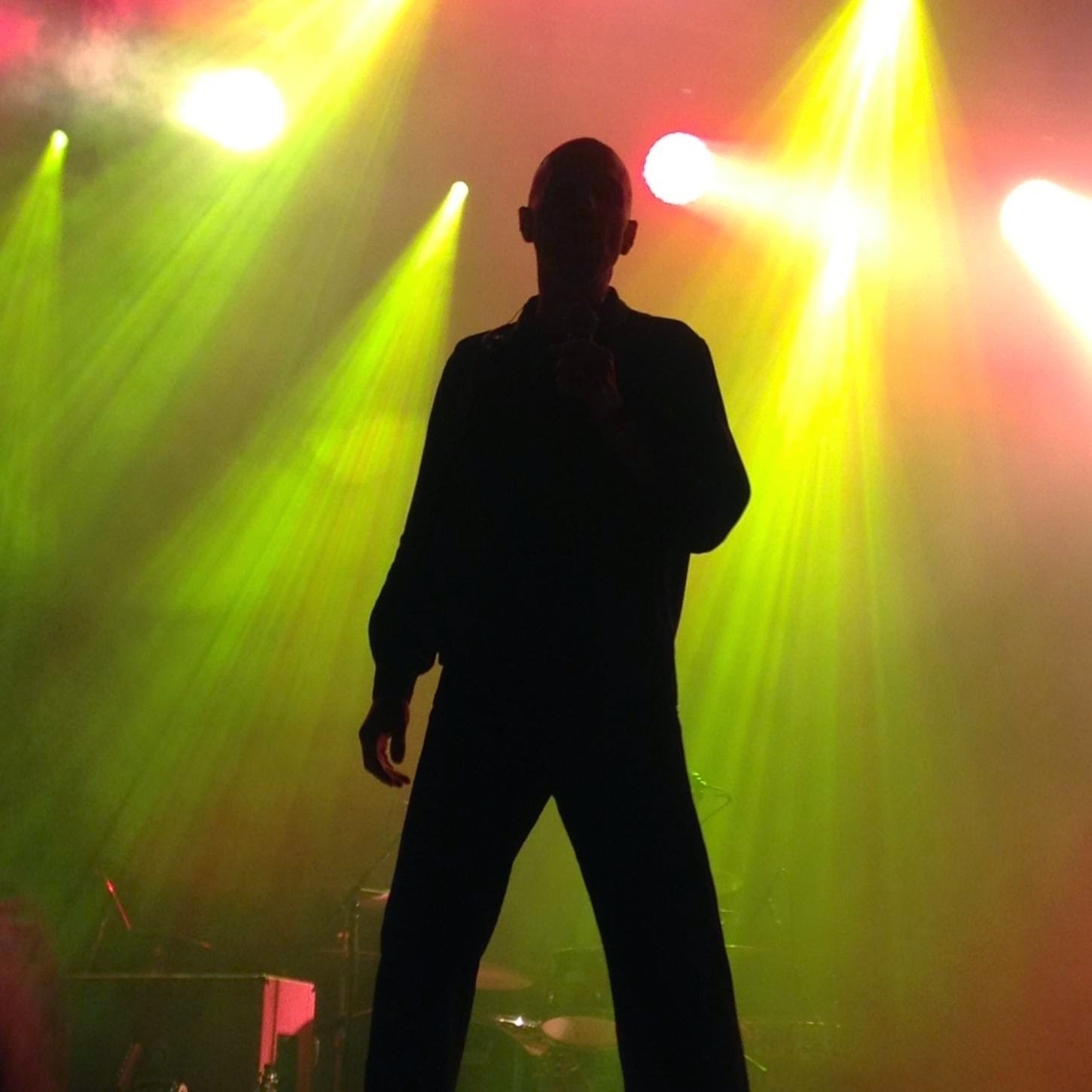 After the arenas of the weekend, James crammed a couple of thousand Geordies into the Newcastle Academy for a long sold-out show and pulled off their best gig of the tour so far.


Walk Like You is the ideal opener for this tour, even ignoring its position at the start of La Petite Mort, because it puts down a marker for what’s to come.  It makes a statement that the show is going to be about the new record, but how accessible and powerful that record is live.  Like Bubbles off Hey Ma, it shows so many sides of James all wrapped up in one song.  It ends in a fury of improvisation, different every night and tonight Andy and Saul take control with trumpet and violin.  The roar at the end sets the scene for the evening.

Say Something is an inspired choice early on in the set, it works so much better at the start than it does towards the end where it can feel like an obvious choice.  From front to back of the rammed Academy floor arms are raised aloft, singing in union as Tim perches perilously on the barrier. 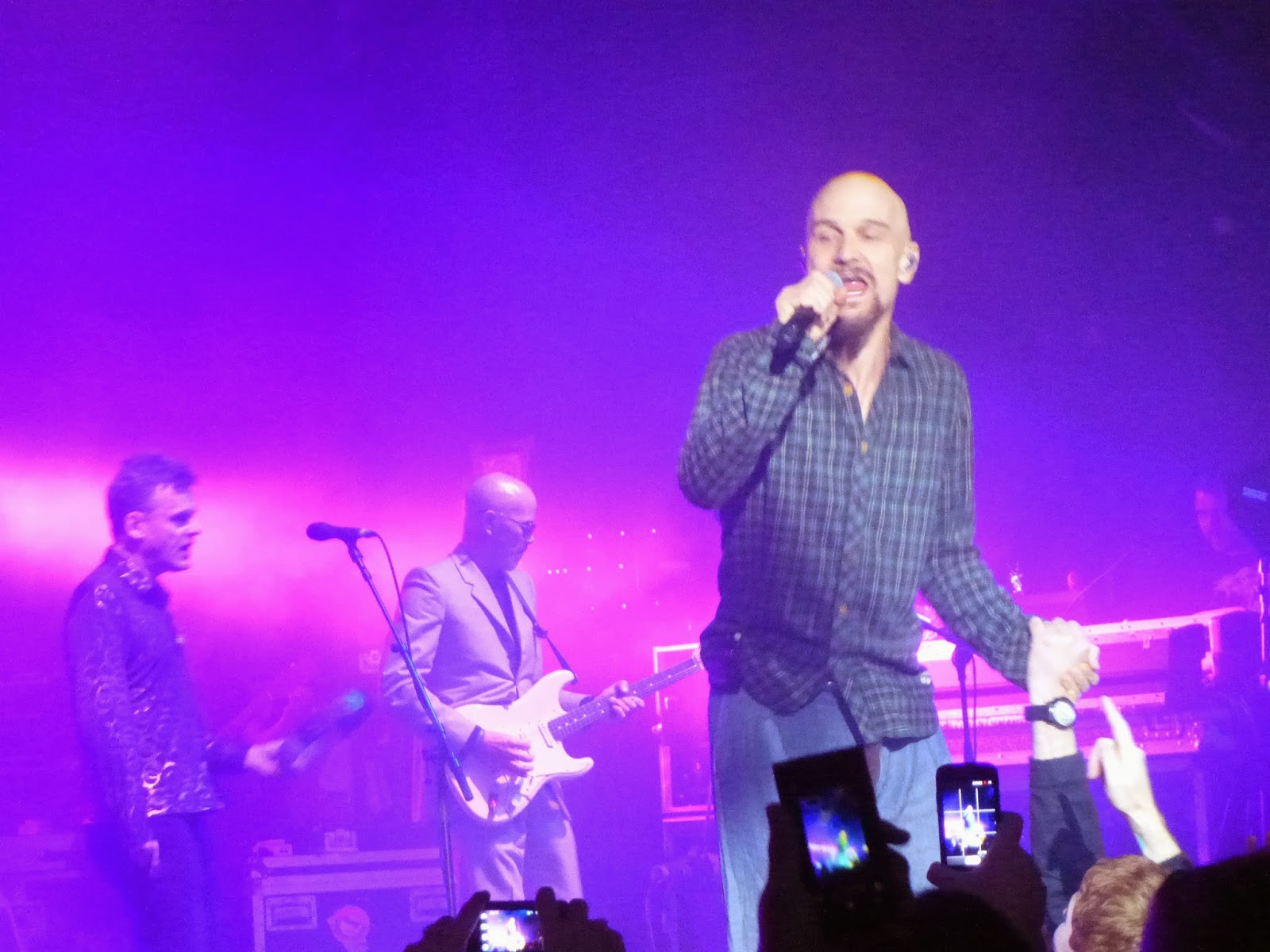 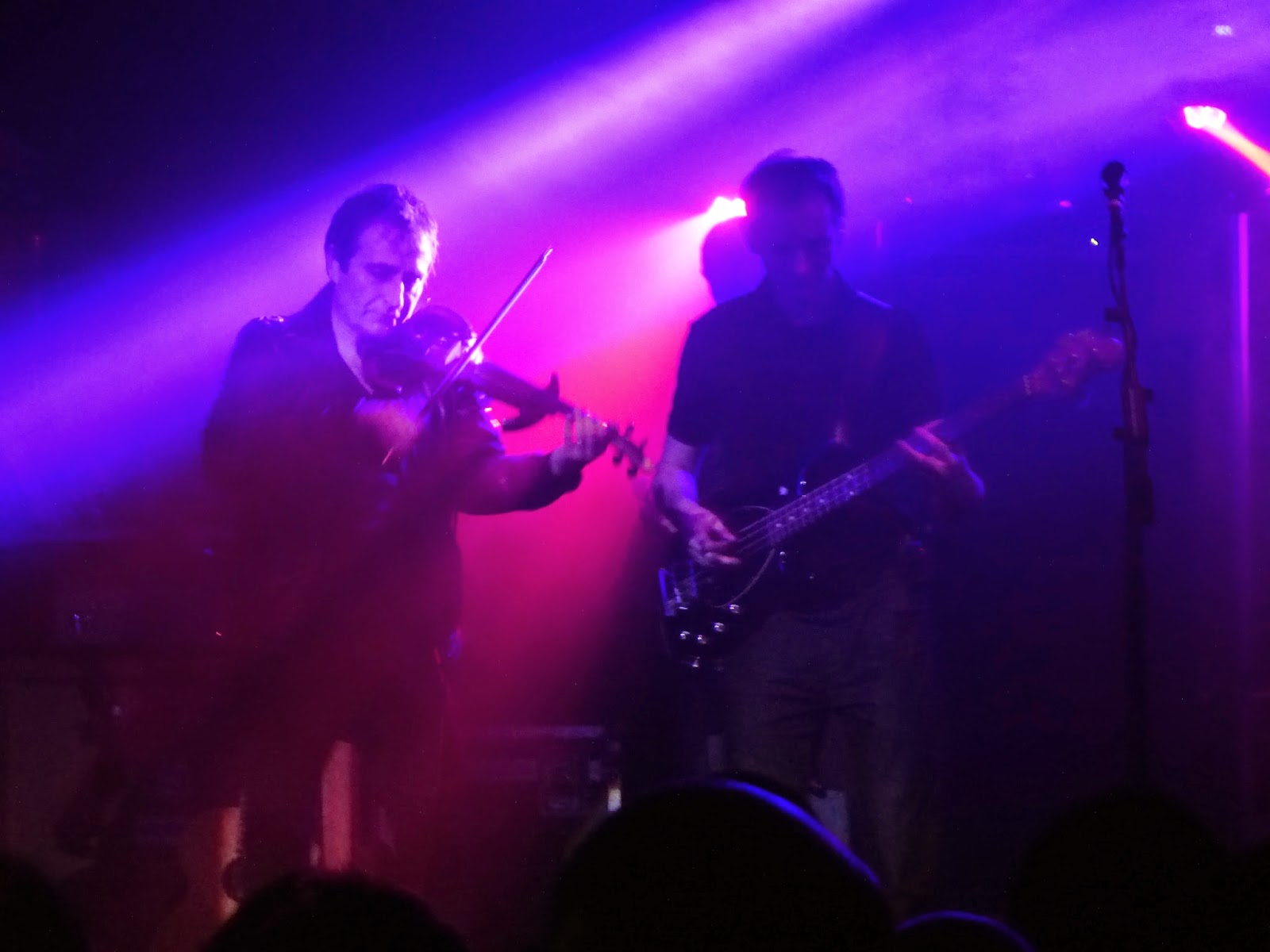 Frozen Britain makes a welcome appearance in the set.  The first released calling card for La Petite Mort, it’s fun and playful on the record, but live, with a looser arrangement and an extended outro, it’s a massive-hit-in-another-time romp. Newcastle loves it and you think the punchline “La petite mort pour toujours” is a statement of the longevity of this record.    The response is no less powerful than Seven which follows it, testament to the fact that this record has made a serious connection with the wider fan base in a way they haven’t for a long time.

Curse Curse rams this point home.  Again tied together with Laid, the comparison is inevitable and it’s a favourable one.  The joyous abandon, mischievous wink and slightly out of character “pour me more tequila” matching that of “you’re driving me crazy when are you coming home” and the breakneck speed of the song make them feel like twins. You can feel the energy transferring from crowd to band and back to the crowd.  Laid sees Larry going walkabout around the stage, Tim continually prowling around all evening looking for connections, interesting bits of improvisation to hook on to.  Newcastle belts everything out at full volume and you suspect that there might be a few Geordies with sore throats and no voice this morning.

They then move seamlessly into the beautiful mournful spiteful PS and the crowd shut up and get it as the room is bathed in bright red light as the song moves to its conclusion with Larry’s signature slide guitar and a jaw-dropping violin solo from Saul to which you could hear a pin drop in the crowd.  Similarly All Good Boys gets the respect it deserves as well.  Having resurrected it on this tour you have to wonder how the hell some of the songs on Millionaires (and Ultra) got the nod over this.   Saul’s verse vocals work perfectly in contrast to Tim’s in the context of the song and the end section where five voices come together feels like a genuine epiphany.  They joke about it being a b-side and what constitutes a b-side, Saul commenting that it’s something you throw away. 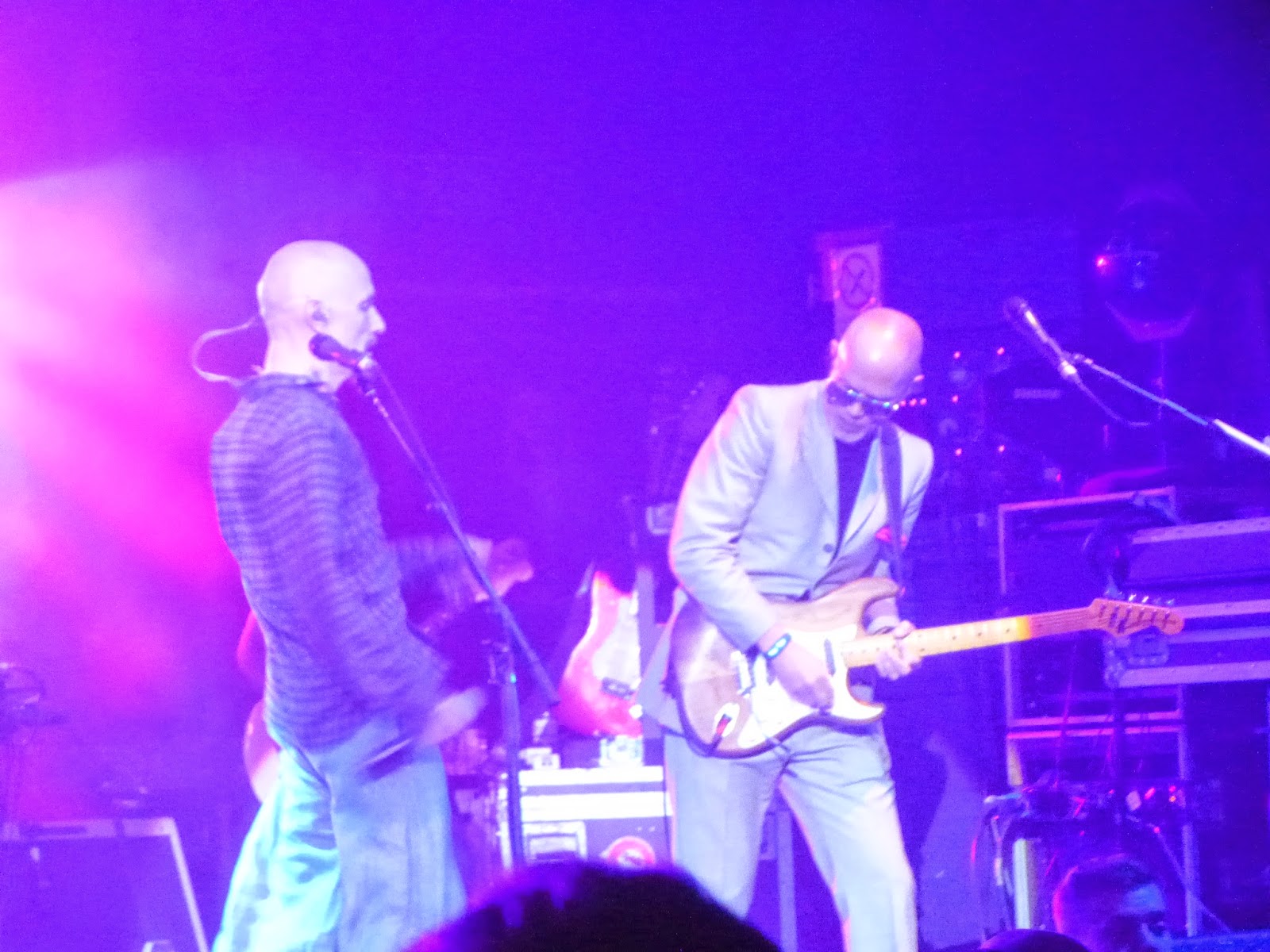 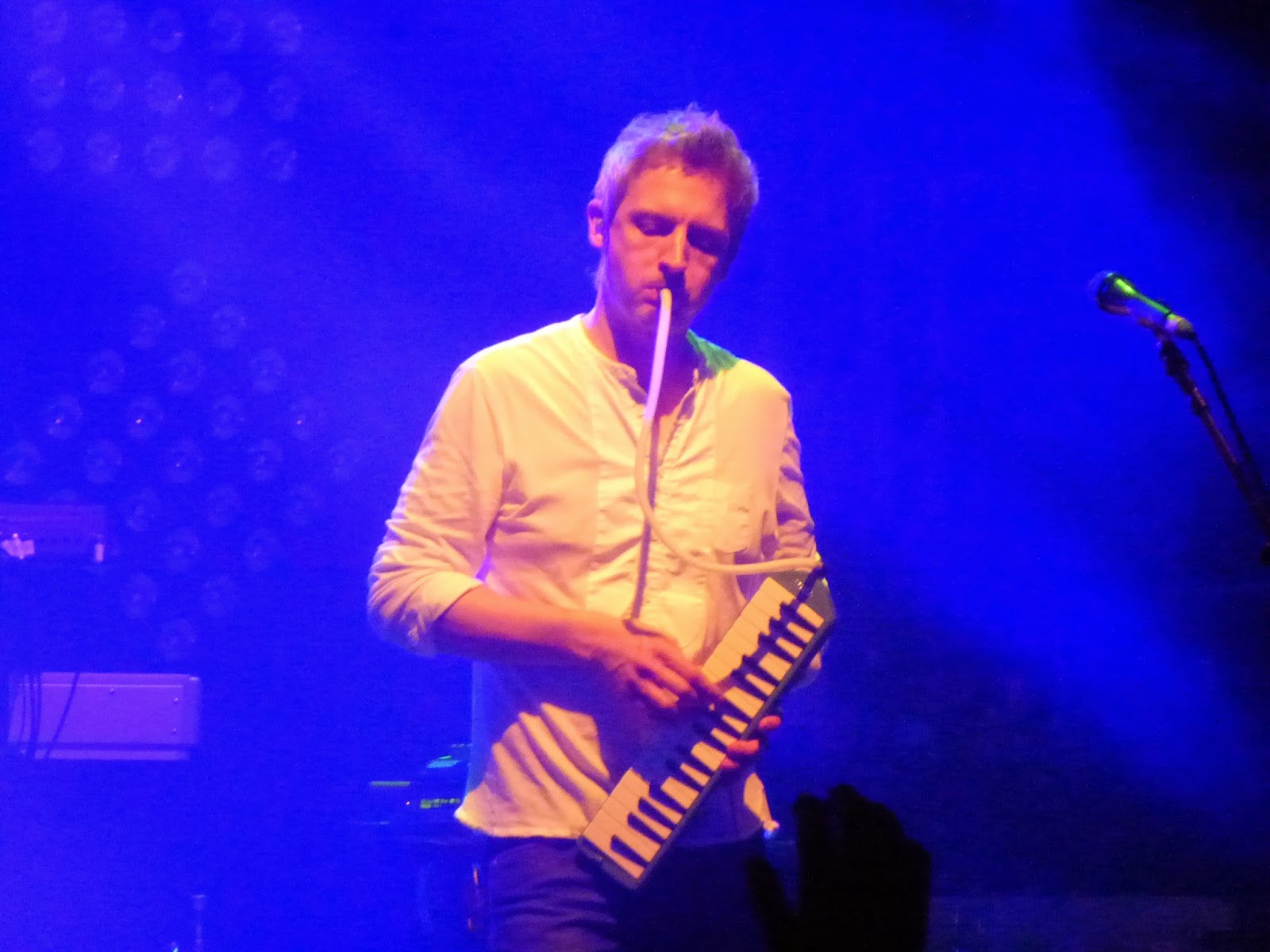 There’s a bit more discussion when Tim suggests doing Interrogation instead of All I’m Saying which is on the setlist, but is quickly reminded by Saul and Larry that it’s the new single.  You suspect Tim’s worried about the audience being quiet such is the response they’ve generated tonight, but if that’s the case then there was no need for concern as his request for silence whilst he sings is met with just that.  Still an odd choice for a single, it’s a beautiful eulogy to a lost friend wrapped up in one of those classic James songs that start quiet and build into something more expansive.

Greenpeace is more suited to this size of venue than the arenas of the weekend as the light show fills the hall completely.  It’s marred by Tim’s second microphone not working properly for parts of the song – it’s not the first time it’s happened on the tour and needs to be sorted out if it’s going to stay in the set, particularly when Stutter gets left out in its place.

Hymn From A Village is a blast from the past.  It betrays its age, having matured like a fine wine, beefed itself up and expanded its girth in the thirty years since its conception.  In the VIP soundcheck, a gentleman enquired as to whether James had considered going back and re-recording songs from their past with the current line-up and revisiting them.  Hymn would be a prime candidate for that treatment.

And then there’s Born Of Frustration.  Tim gets to the barrier, looks down at the crowd, has a think to himself and then projects himself forward onto a sea of arms.  Rather than grab at him, they lift him and carry him back to the mixing desk, perform a turn manoeuvre on him and send him back on his way down the other side of the crowd, all without him missing a note, them dropping their pints and, unlike Glasgow, copping a feel and performing a colonoscopy.

The James anthem to their own ability to rescue victory from the jaws of defeat and disaster, Getting Away With It (All Messed Up) descends into on-stage chaos at the start and the crowd simply take over and sing the first verse and chorus much to the amazement of the band.  They kick back in, but Tim’s pretty much drowned out by singing all the way through.

Tomorrow and Come Home turn things up another notch, there’s few people now not dancing, not singing along to every single word.  These are songs that mean the world to people in these parts, as every bit important as that song that is not being played on this tour.  The stunning light show simply adds to the impact as both songs career to their peaks.

They finish the main set with Gone Baby Gone.  Tim invites some dancers on to stage and it’s thrilling to witness how a song that they had concerns about playing live has suddenly turned into an unexpected show-stopper and one that they’re happy to end the set with ahead of rather more obvious choices.  The rigid structure of the recorded version has its chains cast aside and there’s space to improvise, for Andy to throw trumpet shapes across it wherever he pleases, Larry to add jagged guitar and for Jim’s threatening menacing bass to dictate the pace.  Newcastle agrees with me wholeheartedly.

In a setlist full of right moves and perfect choices for the day, venue and crowd, Out To Get You opens up the encore and the sight and sound of grown men singing “what I need is you” arms outstretched to the stage en masse is something truly special and testament to the power and devotion that James can still generate.  Larry’s guitar solo, followed by Saul’s violin solo, are so so beautiful, it’s impossible that they don’t melt your heart.

Moving On has spoken to so many people this year, its theme something that everyone can relate to, James fan or not, and like everything before it, it’d be impossible for someone who’s never heard James before to stand in this room and identify the new songs, such is the reaction they generate tonight.  There’s people with their arms round each other singing every word like some sort of exorcism of the demons of loss – and it’s all wrapped up in probably their most radio-friendly song since the reunion. 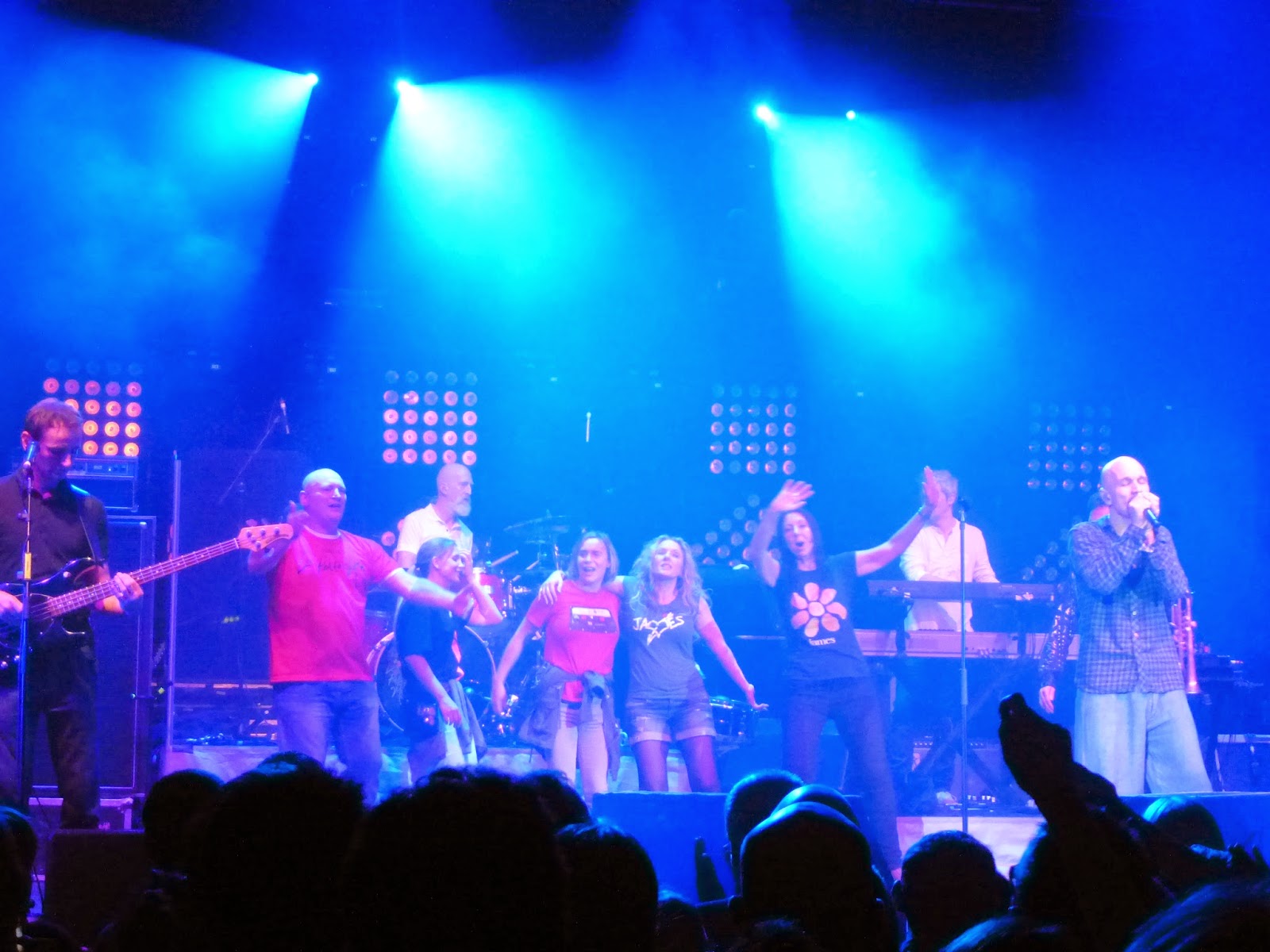 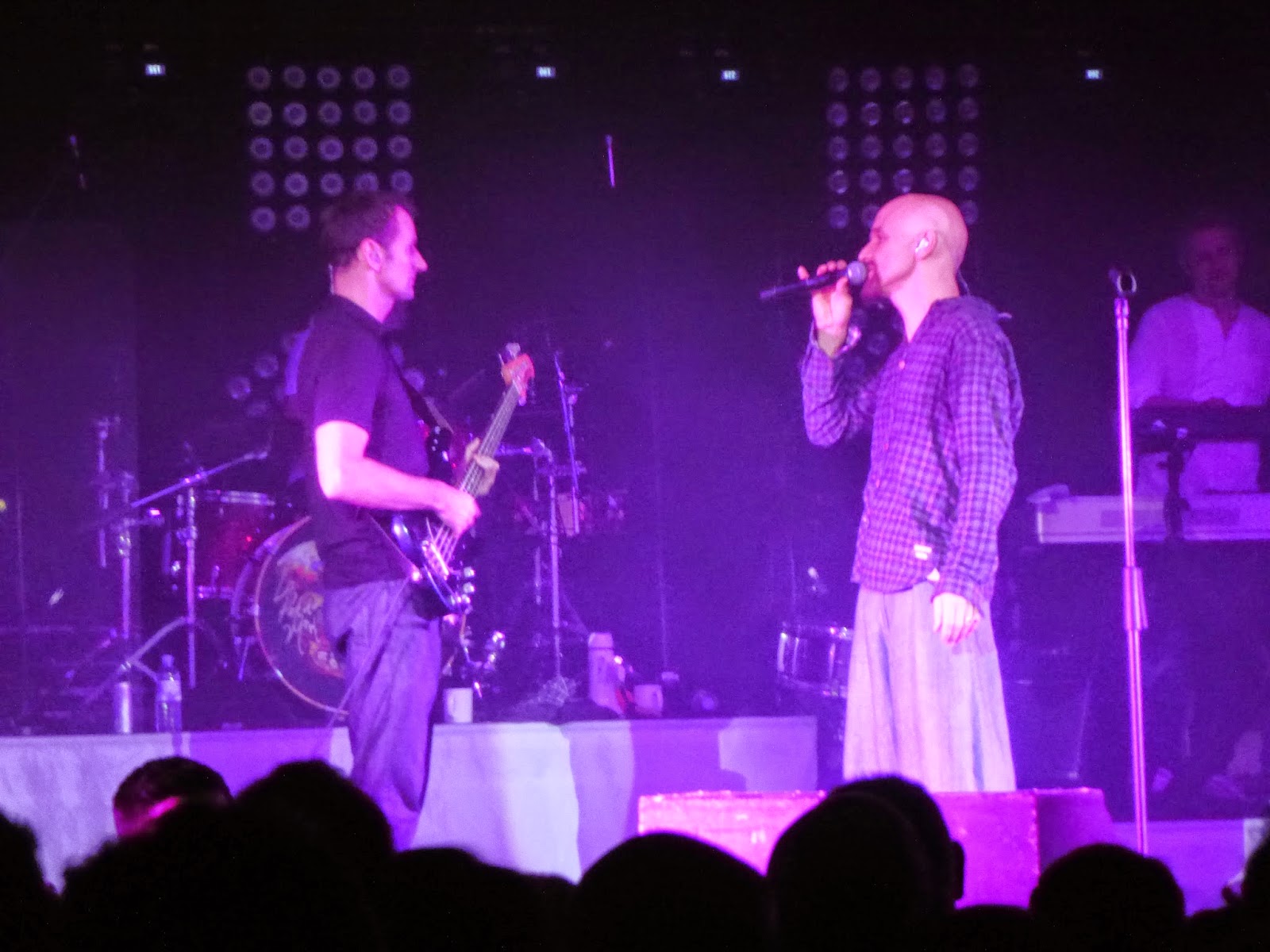 Sometimes finishes off the set, mainly because you can’t really follow it tonight, and again it goes off in a different direction once you get past the middle eight.  The crowd stop singing, the place becomes a cacophony of cheering and Tim simply tells the crowd that the band want to hear their version and steps back with the touchpaper firmly lit.  2,000 Geordies make as much noise as 8,000 Scousers and Glaswegians made at the weekend.  The band come back in, improvising their way to a conclusion that’s different every night.  They really should try to put something else at the end of the set, but have reached the same conclusion as the rest of us which is how could you create something this raw and powerful with any other song.  James’ epitaph will be “sometimes when I look in your eyes, I swear I can see your soul” because that’s exactly what you get when you look James in the eye.

This was the best gig of the tour so far, the crowd the wildest when James played the hits, the most respectful of the quiet songs and of Tim when he went out into the crowd and they got the new songs and treated them like old favourites.  Tim said they were the loudest on the last tour and they probably repeated the trick this time round.

James played Walk Like You, Say Something, Frozen Britain, Seven, Curse Curse, Laid, PS, All Good Boys, All I’m Saying, Greenpeace, Hymn From A Village, Born Of Frustration, Getting Away With It (All Messed Up), Tomorrow, Come Home, Gone Baby Gone, Out To Get You, Moving On and Sometimes