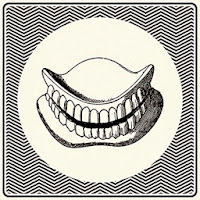 Hookworms release their second LP The Hum just a year after their first, yet show no signs of difficult second album syndrome.


Opening track The Impasse is a perfect punk rock pop song, fitting somewhere between Buzzcocks and Huggy Bear. Running at breakneck speed, it is a great start and I am left thinking that The Hum is going to be a great punk record. However, On Leaving, the follow up track, almost sounds like a different band, given its laid back groove and minimalist organ refrain. It is instantly infectious.


Over the course of the opening two tracks, I don't quite know what the rest of the album will throw at me but I do know that Hookworms have the gift of versatility and I am eager to hear more. Radio Tokyo unashamedly borrows from Spacemen 3 and Suicide and Beginners is another psychedelic classic.

I have been mightily impressed with some guitar bands this year, especially by The Vacant Lots. Their debut LP Departure is an instant classic, The Hum from could easily fall into that category too. For me, the standout track is the near 8 minute epic Off Screen. A carefully crafted record, Hookworms don't rely on noise or feedback to power their songs. Instead they embrace and control it to produce some beautiful, blissful, psychedelic classics. Yet there is more to Hookworms and The Hum than that. There is a lot to like about this album. As soon as it finishes, I want to hear it again.  I can see The Hum featuring in many end of year polls.

The Hum is out now on CD, download, standard vinyl and indies-only vinyl with 7".  To add more complexity, limited orders online and in-store at Rough Trade also get a nine-track Live Vol 3 CD recorded at Islington Mill in May.