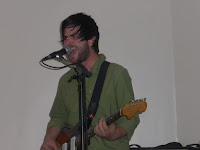 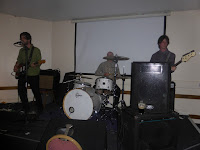 Saturday night saw Déjà Vega play a short set at Kieran Fest at Chorlton Irish Club in aid of the fantastic Manchester charity 42nd Street that is doing incredible work supporting young people in Manchester and the surrounding areas who are under stress. The set was recorded from the audience to capture every bit of the atmosphere and we are proud to exclusively stream it here for you.

The set features their forthcoming single Pentagrams, which is due out in the Autumn, as well as live favourite The Test, which was recently released on Bandcamp via Chinese label Handshake Records as part of the Secret Wildness EP.