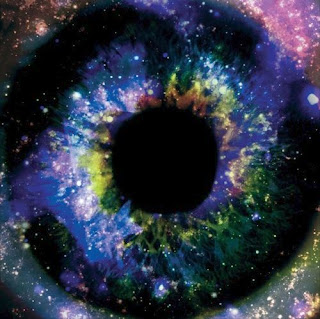 We have a thing for all things DIY at Even The Stars. Musically speaking of course, not the home improvement kind. It’s part of our own ethos so when a band writes to us and tells us their debut EP has been put together by them and them alone our interest is piqued. And that’s how we came to Lunar Sounds’ debut The Void EP.

Lunar Sounds are a three-piece based in Leeds but with roots in Manchester too. Chesca, Anna and Caris have a unique way of working too, they don’t have set instruments, each role is the band is determined by the song in question and then Anna mixed and mastered the whole thing.

The results are magical. The lack of interference means that The Void is a very raw record, loose and unpolished, low on subtlety and nuance but all the better for it as it focuses on the simplicity of the songwriting and the lyrics without other distractions. The fact it doesn’t sound like it’s been over-engineered to death, pored over microscopically is exactly what makes it the most exciting debut release we’ve heard so far this year.

Out The Dark starts with a playful laugh over the drumbeat that runs through most of the song then the first line - “I sit and wait, I can’t create a peaceful mind, a calmer state” - sets the restless tone not just for the song but the whole EP. The guitars kick into the chorus making the lyrics hard to discern, but again that adds rather than detracts from the impact. The Getaway starts with a riff that’s on the edge of veering off-key before the song takes on a claustrophobic edge, understated drums driving it along as they take aim at the latest feckless fool that’s crossed their path “you can run, but you can’t hide” before declaring “I want to run away, I want to get away.”

D.E.Z doesn’t stray from the EP’s magnificently blunt and sparse ethos. Led this time by a guitar hook that’s simple in its execution but deep in impact, concluding with tight taut drum patterns and a chorus that merely declares “I’m on my way back home” accompanied the last time by an expressive yelp. They save the best for last though with Timebomb. It starts a verse that’s so laid back and free of pretence you might be shocked by the audacity of releasing something that feels like they put down the first thing that came into their heads if it weren’t for the fact that this approach makes it so fresh, vulnerable and vibrant. They mull over another miscreant - “was once magnetic, now he’s just a dick, I never missed a trick, so pathetic” - who’s the ticking timebomb in question.

With The Void EP Lunar Sounds have created a debut that stands on its own two feet, flicking the Vs at the convention that songs must be polished, “bangers” being the hideous over-used terminology. Their approach strips everything back to the very bones, right to the knuckle, naked and direct. It’s not easy listening but then it doesn’t pretend otherwise, but if you want something right on the edge with the birth marks showing and unashamed of its ungamely shape and form, you’re going to fall head over heels with it.

They play Manchester Night And Day (September 20) and Leeds The Lending Room (November 17).