TRACK OF THE DAY : The Maitlands - Daunting From Derker 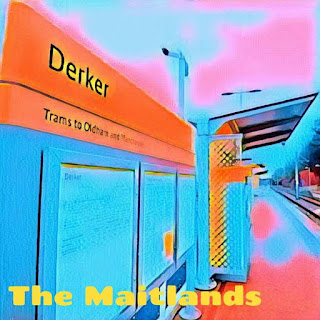 The Maitlands' latest single Daunting From Derker is something of a departure in style from the band that changes its line up more often than there's delays on the Rochdale branch of Manchester's Metrolink which coincidentally is the setting for this new track.

Clocking in at close to five and a half minutes, Daunting From Derker breaks many of the rules of the single business. Repetition throughout and a last minute that could be part of a completely different song make it positively radio unfriendly, but what Daunting From Derker does is tell the tale of an aborted tram journey home after a night on the tiles and the adventures of that ride. It's told with the style of much of Pulp's early work, simple but descriptive, and with a vocal style you wouldn't expect from front man Carl's previous work.