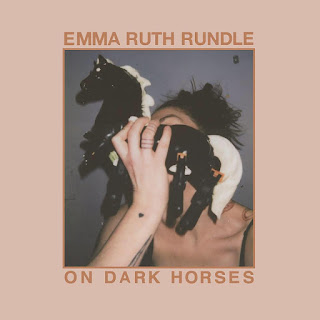 Light Song is the latest track to be taken from Emma Ruth Rundle's new album On Dark Horses, her fourth solo record which was released last Friday. The single features vocals by Evan Patterson of Jaye Jayle.


Following on from her first three solo albums - the instrumental Electric Guitar: One, Some Heavy Ocean and Marked For Death - as well as her role in Red Sparrowes and Marriages - there's a cinematic dramatic effect to much of On Dark Horses, no much more so on Light Song.

Following Marked For Death which dealt in large parts with the medical condition adenomyosis from which she suffers, On Dark Horses is about fighting back. “The record is about overcoming, understanding and embracing the crippling situation and then growing beyond it. Horses keep working their way into the lyrics and visual dimension of this record. They’re powerful and beautiful yet not free really. So the dark horse works for me in a visual way, as a representation of a contained force that will win the race or exceed the expectation of society and self.”

Emma Ruth Rundle's website can be found here which includes details of all her tour dates around the world. She is also on Facebook and Twitter.