TRACK OF THE DAY : Ed Cottam - The Night Has No End 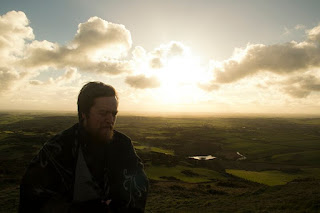 Having previously released music under the pseudonym The Gildings, Ed Cottam has reverted back to his own name for the release of his new album My Goddess The Land this Friday. The Night Has No End is one of the standout tracks and we're delighted to exclusively reveal its accompanying video.

The song is eerily atmospheric and features Ed's rich baritone voice as well as backing vocals from Hannah Nicholson. Exquisite control of the pace of the song and the deep emotional qualities of Ed's voice make it a haunting listen for late at night in a dark room.

Ed describes the song in an excerpt from his track-by-track run through of the album that we'll be publishing later this week - "Night Time. Me and you against the world. It's currently my favourite song from the album, although initially I didn't think much of it as it was written very quickly and seemed of a similar ilk to some of my much older material. We achieved some unusual sounds on this, particularity Adam's cello like synth line. It was played with a Arturia MiniBrute. The Synth is featured heavily on the album and it certainly shaped the overall sound."

My Goddess The Land can be pre-ordered from Ed's Bandcamp page.