TRACK OF THE DAY : Kula Bay - Make Up Your Mind 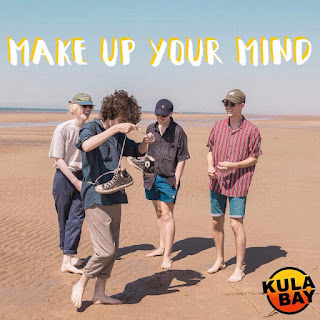 Kula Bay's latest single Make Up Your Mind has just had its video revealed at their hometown rugby league club Warrington Wolves' Super League game. The band's third single is out now.

The Warrington four-piece made an immediate impression with their debut single 7 Hours at the back end of last year and followed it up with Lost With You earlier this year. With an immediate catchy hook and a singalong chorus they might have missed the summer scene of the single's cover, but the song will immediately transport you back to those scorching hot days. Championed already by the likes of BBC Introducing and Amazing Radio, the single should help them reach new fans as they grow their audience further afield.