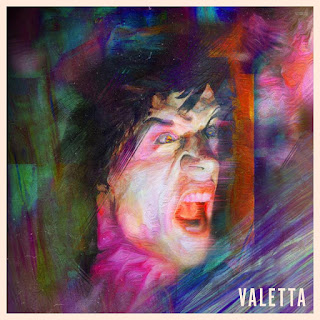 Ever looked at social media and laughed at those desperate for a bit of attention with a post that draws attention to them, but rather than the intended outcome, you just end up feeling sorry for them. Valetta's track My Life Is Better Than Your Life takes a look at that new phenomenon of people looking for digital validation from people they may have never met.

Valetta formed recently in Manchester and the four-piece Alex and Nic Orosa, Chris Buratta and Oli Cox have spent time putting together a set of songs before choosing to introduce themselves with a series of live performance videos of which My Life Is Better Than Your Life is the first.

Of the song, lead singer and songwriter Alex said: “We chose this tune for the live session because it’s probably the most fun to play, and it goes down very well at our shows. Musically it’s a fairly simple song, but I think it shows how we like to have an idea and by the end of the song have taken it to a completely new and unexpected place.

“The lyrics are quite cynical and mocking, but are meant to be tongue in cheek. It’s both a criticism of Instagram-induced vanity and the grumblings of a confused technophobe.”

Email ThisBlogThis!Share to TwitterShare to FacebookShare to Pinterest
Labels: Valetta