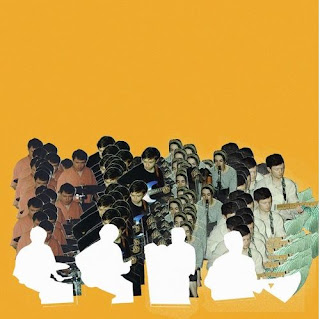 Film is the new single from Manchester four-piece Diving Station, their first new material of the year following last year's second EP Feather Mouth. Standing out by use of the harp, played by lead singer Anna, the band have been making waves in the city over the past couple of years, yet this release seems set to step things up a notch further.

The lyrics cleverly contrast watching film with feeling like life has been wrapped in cling film, making use of two different meanings of the word to share their frustrations about the way people act with indifference to people's problems - the chorus line returning to the observation "it's fine I'm told."  The harp mixes with more traditional rock and roll instruments to create an interesting contrast that makes the song stand out from the crowd.

They headline their biggest show to date at Manchester's Yes on October 3. Tickets available here.