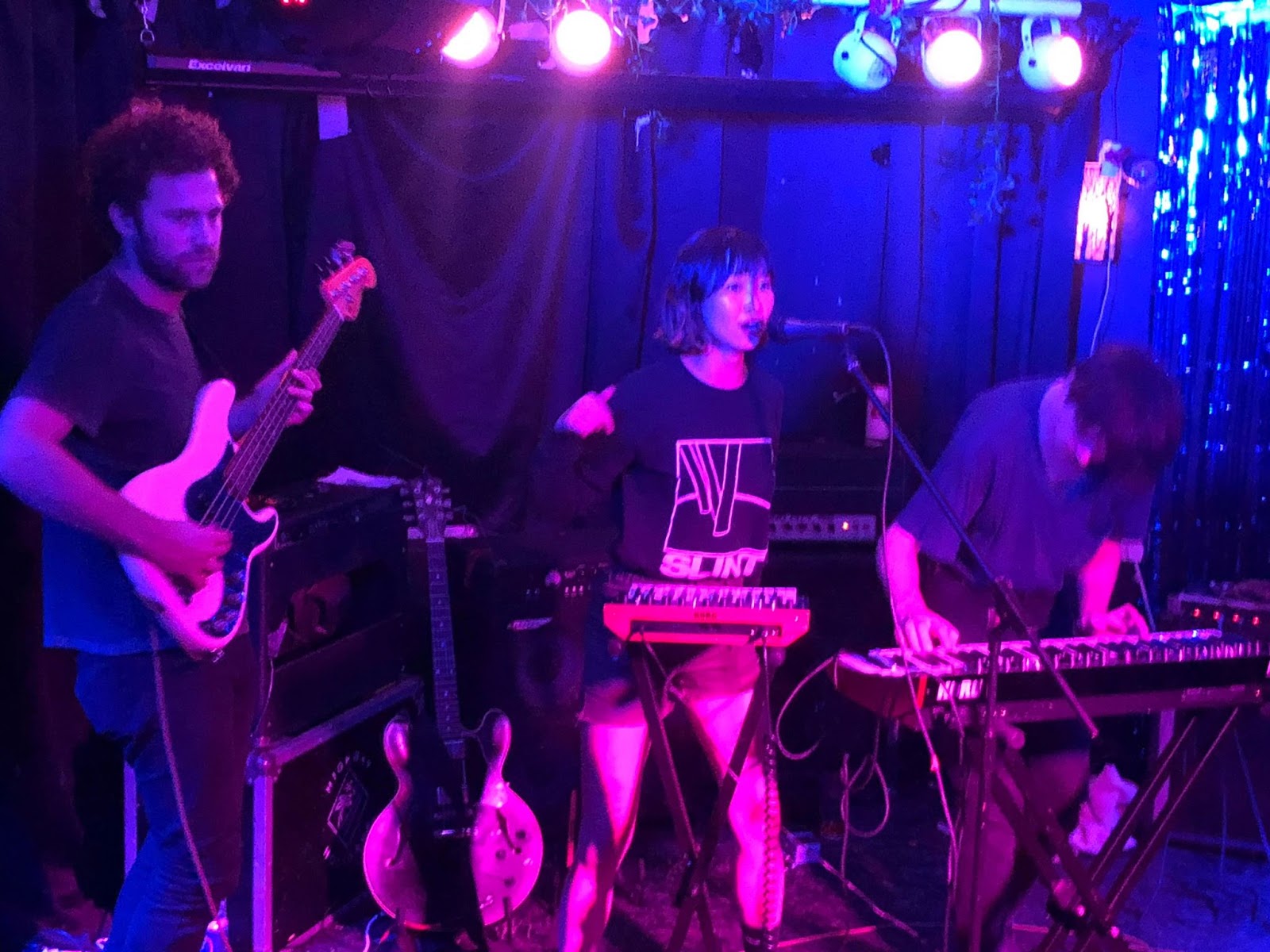 The Peer Hat basement is a perfect venue for Second Still. There's something of the underground about them, the big electronic beats behind many of their songs a throwback to the dark sounds of the 1980s that somehow still felt light and uplifting. There's plenty of nods to that era and the heritage of music from this city throughout the set, but also an acknowledgement that things have moved on since then and Second Still get that balance just right as they weave modern sounds through the fabric of their post-punk roots to create an exciting intoxicating patchwork. You can hear their influences, but that's all they are as they take you on a journey through their new record and its self-titled predecessor.

The set is a well-balanced mix of five of the eight songs from Violet Phase - including singles The Future and Double Negative as well as New Violet, Special No One and Eternal Love - as well as EP tracks Altar and the set-closing Opening and Try Not To Hide, You Two So Alike and Judgment from the debut.

Suki is an entrancing front woman who loses herself completely in the song, immersing herself in moments where the room could be empty around her other than the music. Her body and mind are totally atuned to the sounds created from two sets of keyboards and live bass and guitar from Alex and Ryan that augment and expand on the judicious use of backing tracks that create the huge wave that shakes the audience out of their end of weekend slumber.

They deservedly get a fantastic response from the always knowledgeable and appreciative Astral Elevator crowd as yet another touring international band that goes under most radars wins over a crowd in one of the more hidden corners of the Manchester music scene that refuses to be homogenised.

Violet Phase can be purchased either via their Bandcamp or in Europe via their label Fabrika Records.