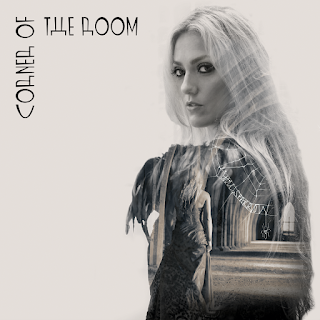 Corner Of The Room is the new single from Little Sparrow and we're delighted to be able to give an exclusive sneak peek at the video for the single which was premiered by 6 Music's Chris Hawkins last week ahead of its release this Friday. We caught up with Katie (aka Little Sparrow) for a quick chat about the single, the spooky video, the follow-up to her debut album Wishing Tree and live plans.

Hi Katie, it's been a while since we last heard from you.  What have you been up to?

Yes, I did actually do a project last year with Robin Dewhurst (pianist and dad to Josh Dewhurst from Blossoms), Sarah Dale (the cellist) and Jonny Lexus (producer), we released an EP called Just 3 but we have been trying to get new material finished and recorded for the next Little Sparrow album.

I have been off the scene for a while due to having my second child, so my time has been limited (and sleep is a distant memory!...) Sarah and Mitch have also had a baby boy and Jonny plays with Paul Heaton and Jacqui Abbott, so he's been busy with them. We all try to grab bits of time here and there to record, write and rehearse, gradually we are making a return to the scene!

Your new single Corner Of The Room somehow manages to sound just like you, but very different from anything you've done before. Was it your intention to explore new areas of sound with your new songs?

Corner Of the Room is a result of an intense writing week which took place at the MPAS studio at Media City. We actually worked out most of the new songs for the second album in that week. It was such an amazing experience to be able to spend quality time writing, playing and working out songs in that way. A real treat for us all to spend time together like that, experiment with the sound, see what we could do, be a little more daring. Considering we all have work/other musical projects and families, this was an insight into how things could be if only we had more time like that!

Could you tell us a little about what the song is about?

​The song is about a spider, but written from the spiders perspective. About it's life spent in the corner of the room and watching the world from there, wishing it could become you for the day.

And the accompanying video? It fits the mood of the song perfectly.

​Yes we went for a spooky look! We wanted cobwebs, and a scary feel, but a misunderstood scary feel. Like a spider doesn't mean to be scary, but they are to some poeple, which is a shame isn't it, they don't know that they scare people. It's the way some of us have been programmed to react to them. Luca Rudlin from Peoplestaring came up with a lot of the ideas regarding light and the space. We had great make up artists which made us look amazing for that shoot too; Olivia Healy, Jade Patchett and Olivia Brookes-Ryan from Media Make Up at Future Skills. Thanks to them we look the part don't we?

You premiered quite a few new songs at your show last year with Elfin Bow at the Bridgewater Hall. What are the plans for recording and releasing them - can we expect a second Little Sparrow album any time soon?

Yes we are gradually getting there! We have the title of the new album, and most of the songs are recorded but still need a couple more. Watch this space!

And do you plan to play live again in the near future?

​Yes! Slowly but surely I am making a return!