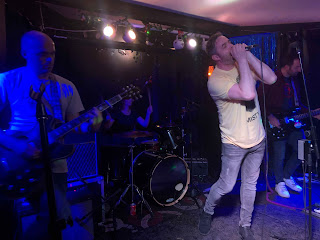 Red Light Effect headlined The Peer Hat on Friday night supported by The Any Numbers and Dan Cere, giving us a night three very different acts that approach their art from different directions yet each delivering it with sincerity and belief.

Dan Cere's set was just one man with an electric guitar apart from one song when he was joined by his friend Luke, who rapped the chorus to a song called Hands, a story of a doomed relationship that works brilliantly with the contrast between the two vocalists. It followed an opening song called Know Your Limits that similarly showed an ability to craft songs, and more importantly words, that explicitly detail human emotions very impressively. 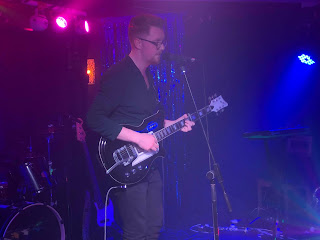 His attempts at a political song Monopoly Man don't quite hit the same mark and if we're being hypercritical probably went on too long, but So It Goes, his final song of six, in particular shows him to be an articulate songwriter with warmth and an ability to critically assess himself.

The Any Numbers liven things up, the four-piece mixing live instruments with backing tracks to create a powerful electro-influenced sound that feels fabulously retro, easily accessible and yet something a little different from the norm that goes down a storm both with those who are here specifically to see them as well as those like us to who they're completely new. In Nikki they've got a front woman whose expressive delivery adds a real unsettling something with her delivery to songs like Dance Like A Fly, Paranoid, Runaway and their forthcoming single Felt Tip Pen. 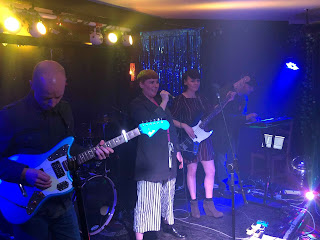 It's Red Light Effect's night though and right from the start of last year's single Empress, you can feel the power and conviction in their songs. Dale's vocals are powerful, insistent and implore you to connect with them as they show at times an anthemic side to their song, aided by the echo chamber attached to the mic stand, which complements their post-punk roots. Driven along by Alice's drums, the songs feel relentless in their quest to convince you of their intentions. 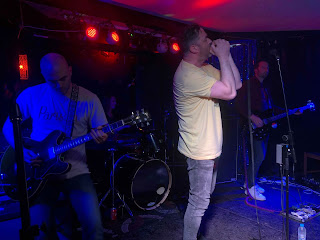 They mix all five of their released songs to date - Empress, debut single Phosphorous, Sunflower State, Cherish and Into One - with newer unreleased ones like Hands and In Time that Dale encourages us to sing along to as we'll know the words as well as him by the end. The eight-song set feels like it's over way too soon, but Red Light Effect add their name to an impressive set of artists that are creating a new underground movement in Manchester of bands that don't tick the cool boxes, but are delivering songs of substance and meaning that are slowly gaining some traction.