Track Of The Day : Embers - Signs 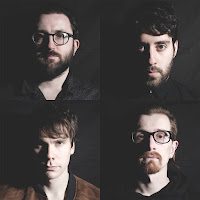 After what seems like an eternity, Embers are back and their new single Signs reveals that they've not lost any of the graceful power that had us salivating at the prospect of what they could achieve when they launched their debut single Part Of The Echoes back in 2013.  Declaring on their Facebook page "We're going to hang around this time too. Promise."


Signs is coming out as part of a double A side single with Unbound on March 13th and before that they play their first live gig in over a year at the Night And Day in Manchester supporting Clock Opera. During their downtime, drummer Nathan left to join Jordan Allen so they have a new man on the stool called Dan who will be making his live debut at the gig.