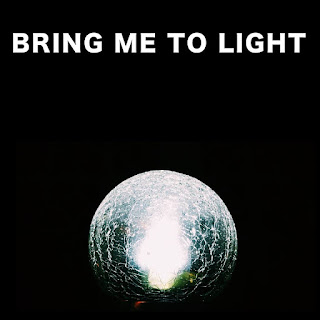 As they embark on their own headline tour after a spell supporting The Sherlocks, Neon Waltz have released an unannounced EP in the form of Bring Me To Light. Headed by one of the stand out tracks from last year's Strange Hymns album, the EP collects three new songs that didn't quite fit the vibe of the album, but which the band rightly felt deserved a release of their own.

Bring Me to Light has all the dreamy heartfelt qualities that have brought Neon Waltz a dedicated audience, its airy wistful thoughtfulness channeled through Jordan's evocative vocal that makes you feel like he's off somewhere living what he's singing and a gloriously simple hook and then drum pattern that repeats throughout the song to usher in the chorus. It makes you wonder why those big dates they've just done are not the venues that they should be headlining themselves.

It's clear from the other three songs both why they weren't included on Strange Hymns, but equally why the band think they deserved to be released. Watch It Fade is the closest to the album, reaches a wonderful conclusion where Jordan sings the chorus "you know how, this goes round" as another vocal, impassioned and searching, sings over the top before the song soars off to an instrumental conclusion that stops dead.

It's Schoolhouse though that is the showstopper. Anyone who's seen them live will know this one as it's been part of the set for a while, but it shows a much more restrained side to the six-piece's canon of work. An achingly, almost off-key, keyboard line forms the basis of the song whilst Jordan's voice demonstrates a real depth and richness of emotion as he sings about "living in denial, forcing a smile" and being "forever" cast aside. A guitar solo, as understated as they come, signals the breakdown of the song. It's drenched in pathos, but still manages to feel reflective, uplifting and somehow comforting. It might also be the best thing they've ever done.

Enlightened By A Fall is something of a curio, clocking in at just one minute twenty two seconds and ushered in by an eerie piano, which forms the only musical instrumentation in the song. It's not a song in the traditional sense, but works beautifully as the bookmark to Neon Waltz's Strange Hymns era as they embark on writing and recording album two.