TRACK OF THE DAY : Scarlet - Bones 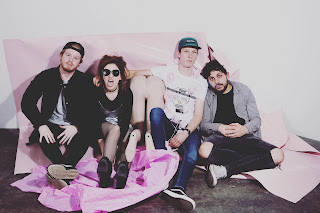 Scarlet return with a new single Bones to coincide with a series of UK dates entitled the Quelle Surprise tour. It's the first new material since their debut album Effigy was released in Japan a couple of years ago and possesses much of the scurrying urgency of that record, but feels like a significant step-up.

For most of the song, Bones leaves you breathless as Jessie's vocals bounce around, layered in points, never standing still, throwing the listener one way than the next before hitting a breakdown that just acts as a lull before they finish you off. It's got a noticeably harder edge than anything they've done before and some of the claustrophobic elements of the production really augment that.