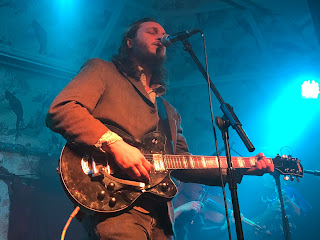 It's been six years since Willy Mason's third album Carry On, but he's back with an extensive UK and Irish tour which serves as both a retrospective and a reintroduction to a songwriter who was hailed as the next Dylan when he burst onto the scene in 2005 as well as the way to present some new material he's been working on. Support comes from Nina Violet, whose band also turn into Willy's backing band at a sold-out Deaf Institute in Manchester.

Nina Violet opens proceedings, half way through telling us that she's released a new cassette that's purple, which she loves because of her name. As the crowd grows during her well-received half-hour set, so does the connection she makes with the audience, particularly when joined by Emma and Matthew around the half way point to flesh out songs that come from and are delivered from the heart.

At points she looks lost in her own world and in her own words, but she does so without losing the attentive crowd's gaze and ears as she performs tracks from her We'll Be Alright album such as the title track and its stand out song Everything Comes Apart as well as her more recent untitled cassette EP release. As the audience response gets louder you can almost sense her feeling more empowered to talk us through the songs and when she finishes with our favourite song of the set All Or Nothing, she's won over a crowd that gets to see her again in Willy's set. 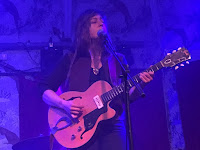 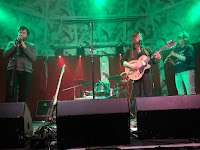 The room's packed by the time Willy makes it to the stage. We remember him as a bright and bushy-tailed young man from a series of exciting tiny shows in London back in 2005, playing places like The Enterprise and Barfly in Camden and once necking a whole bottle of JD during an exciting and understandably less than polished show at the Borderline. Songs from his first album Where The Humans Eat were learnt word for word by eager crowds and much of tonight's crowd seem to have discovered him at around that point. Things didn't quite take off in the way it might have been expected as second and third albums If The Ocean Gets Rough and Carry On didn't quite make the commercial impact expected.

The audience here don't give a jot though; songs from those records are received as ecstatically as the songs from the debut, of which Our Town and Hard Hand To Hold as well as other favourites are conspicious by their absence. Nine of the eleven songs from 2012's Carry On are present though as are four each from Where The Humans Eat and If The Ocean Gets Rough as well as three new tracks - The Glow, River Flow and Things Change. Whilst they may not project the same youthful fire as the debut, these songs possess more depth, a richness of intellect and an undiluted spirit and Willy's delivery, in that lucid and alluring semi-drawl of his, is all that it needs to stun (most of) the onlookers in awed reverence. 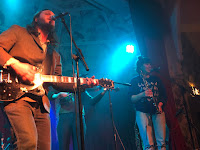 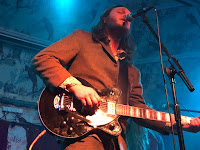 Accompanied by Nina's band on a variety of wood and brass instruments and for the second half drums too, the songs have an emotional resonance to them that connects still as the songs stand the test of time. There's a communal singalong to the chorus of We Can Be Strong and the final au revoir of the still magnificent Oxygen, which feels like an even more cutting and relevant view of society now than it did over a decade ago, that comes only with artists that have longevity in them through sheer dint of the quality of their work. These songs feel like they're made for beautiful spaces like this rather than big halls because of the intimacy required to fully understand and appreciate them.

Willy's on good form too, helping prevent an over-zealous bouncer from throwing out a drunk lady dancing down the front who was doing no one any harm by trying to get her to keep eye contact with him and maintaining a steely focus throughout the hour and a quarter set. The new material feels like it stands up to what's around it too, always a crucial factor for an artist with a catalogue dating back more than a few years, and while he doesn't reveal any plans for its release, we have to hope it won't be too long.

Willy Mason played What Is This, Into Tomorrow, If It's The End, Simple Town, The Glow, We Can Be Strong, Show Me The Way To Go Home, Shadows In The Dark, Carry On, Restless Fugitive, Fear No Pain, Where The Humans Eat, River Flow, Riptide, Talk Me Down, Things Change, So Long, Save Myself, I Got Gold and Oxygen.