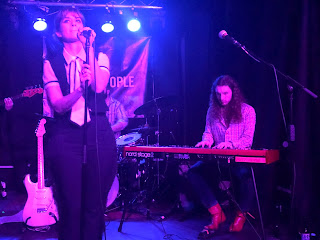 It's one of the biggest mysteries of the music business to us why Nicole Atkins isn't celebrated as one of the finest voices of a generation. Not only that, her four albums to date, including last year's Goodnight Rhonda Lee, stand up against any artist's output in the last decade. Yet still we find ourselves in Night People for a very intimate showcase of that talent. Support came from Madam.

Madam are usually a six-piece, but for this tour they're stripped down to three, just guitars and a cello, and for the final song a saw. Fronted by Sukie Smith, an engaging personality who explains the stories behind the songs, jokes about trying to find three minute relationships as a precursor to Rules Of Love but more serious when talking about an experience after the death of her father forming the basis for a song called Murder Park. There's a dark edge to many of their songs, particularly due to the format they're being played in which peels back any embellishments. Sarah's cello provides an eerie contrast, almost haunting in parts, particularly on Back To The Sea and the song with the saw Night Wolf that concludes their well-received half-hour set. 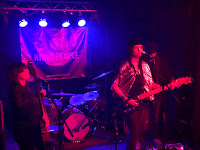 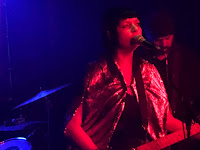 Goodnight Rhonda Lee was one of our favourite albums of 2017 and tonight’s set is predominantly made up of songs from this album. The soul and jazz elements of the record remain, but they’re given a harder edge in the live environment by Davey, Mike and Harry who accompany Nicole. Without underplaying their contribution, which would do them a disservice as they make a telling one, the focus is Nicole’s voice and its dexterous mastery of whatever the song might demand of it.

She tells the story of playing a festival to a group of teenage girls and explaining A Little Crazy them as a song about reacting to being dumped and then laughing at their reaction that it won’t happen to them. It’s symbolic of the subject of much of Nicole’s work; disarmingly honest as she talks of problems with the demon booze in Colours and A Night Of Serious Drinking for example and this just adds to the sense of awe that the silent appreciative crowd (a rarity these days) hold Nicole in for an hour and a quarter. Colors in particular with wonderfully crisp and sparse keyboards from Davey is so intimate and revelatory, it feels like we’re in confession with her. In contrast at the end of the song she jokes that losing a contact lens means she’s playing the gig blind for the first time and it’s all somewhat of a haze. 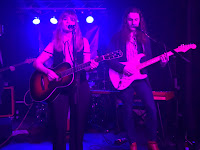 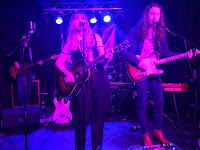 The middle section of the set showcases many of the highlights of Goodnight Rhonda Lee. The title track dedicated to her drunk alter ego feels like a throwback to Motown, while she recounts the time she met Carole King’s daughter in LA who described Listen Up as like a hard version of her mother (whose identity Nicole didn’t know at the time). Brokedown Luck follows an explanation of the wonderful new video for it, and feels like we’ve been transported to an illegal smoky underground jazz bar for four minutes. I Love Living Here (Even When I Don’t) is a loving reflection on her hometown of Asbury, New Jersey and its transport system post her move to Nashville, a city whose influences are writ large across these songs.

Who Killed The Moonlight, the only song from her previous album Slow Phaser, shows another side to Nicole. The upbeat pop-toned sound that made that record such a joy has been mostly discarded on Goodnight Rhonda Lee but here it serves to merely confirm the dexterity and range in Nicole’s voice and her ability to stun an audience whatever she chooses to sing. 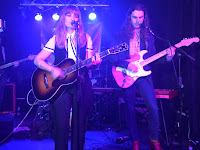 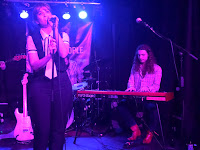 Her modest reaction to this respect with a disarming smile, seals the deal. That modesty extends to sitting on a box on stage and allowing Davey to play one of his songs Diego near the end of the set. And when she’s left alone on stage for the encore, a cover of Crying that has us on the brink of it, she has to encourage us to sing the backing vocal part because we’re reluctant to compare to the stunning effortless voice in front of us.

We leave, following a quick chat that confirms she’s just as engaging and honest as her stage persona suggests she would be, perplexed as to why she’s not fêted as one of the greatest vocal talents of her generation, because that’s exactly the sort of accolade people should be laying at her door.

Nicole's tour calls in at :