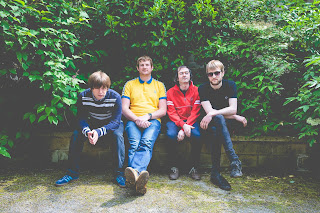 The Lucid Dream return with SX1000, the lead track from their forthcoming fourth album. The track is a radical departure for the band and is released on April 6th as a limited one-sided 12" to coincide with dates in London and Manchester.

The band have made much of their change of style during the recording of the album with declarations such as "Many acid house records from 1985-1993 have influenced the new record" and "predominantly 808/303-fused groove acid house with a slice of dark dub meets drum ‘n’ bass" and SX1000 with only very sparse heavily treated vocals certainly lives up to the promises they've made to their fans.