James - Better Than That EP 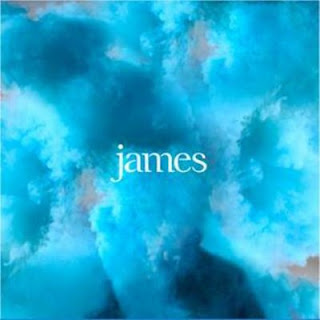 James return with a new four-track EP, released on 10" and download with a CD version exclusive to their official store. Featuring two songs - Better Than That and Hank - from their forthcoming fifteenth studio album - and two others - Busted and Broken By The Hurt - that didn't make the cut for that record, the EP shows the band continuing to evolve, refusing to rest on their laurels or recreate what they've done before.

For this record they've teamed up with Charlie Andrew, who has produced both of Alt-J's albums to date, a band that Tim has often referenced when talking about new music that excites him. His influences runs through both Better Than That and Hank, as James, as is their wont, head off in new sonic directions that might turn off those that are looking for a return to the indie anthems of their nineties commercial heyday or even the likes of Moving On and Nothing But Love, which have established themselves as modern day James classics.

Better Than That starts with Tim's vocals echoing through the first verse, something that takes a few listens to get accustomed to. Whilst old school James often hit home immediately and then more depths reveal on each listen, today's James take a little longer to hit. Hank later on has the same effect. Whilst Better Than That still possesses a huge driving chorus with uplifting backing vocals, where Tim implores "hit me again and give it some impact", the verses around it see him experimenting with his voice in much the same manner in which his band mates refuse to simply provide a platform for him to deliver his words of wisdom, particularly as they build into the song's last chorus. It's a song imploring the human race to take a chance, to "live like today's your last day", and it feels like the upcoming album is going to be full of commentary on the state of society in these strange times we're living in with Trump, Brexit and Syria.

Busted is more of the James that we know and love. One of the first songs previewed from the writing sessions for the album last summer, it hasn't undergone a huge transformation from that version, suggesting that whilst it has the band's affection to the extent it passed the release quality test, it isn't a pointer towards the record. It's a song about emotional turmoil, the sort that James have always excelled in and which many in their audience can relate to away from the big hits. "Oh my mind, can't let go, oh my mind, can't control" and "I'm broke and heading south, destitute and restless, bust again" Tim muses, picking over the wreckage of someone's failed relationship as drums rattle and shuffle in the background and the tranquility is pierced at points by some soaring brass. Whilst it might have fitted on La Petite Mort or Girl At The End Of The World, it doesn't naturally fit with the two album tracks, but thank God they've found a way of releasing it as it'd stand out as one of the stronger tracks on those two albums.


Hank is even more a diversion than Better Than That. Tim's tweeted lyrics from this song on a couple of occasions talking about "white fascists in the White House, more beetroot in your Russian stew" and "NRA high fives, Orlando, Sandy Hook and Columbine" to make it very clear that he's observing what's going on in the States under the Trump regime. Further to that he takes in the chorus aim at the treatment of the black population as an underclass - "blinds roll down in the ghettos, power's out all over town, Jim Crow rules in the crack down, bend the knee, stand your ground" referencing the racial segregation legislator. Sonically, it starts with almost tribal drums, that come back throughout the song, interspersed by moments where there's a dream-like quality to the music. It's like nothing James have done before, might dismay those that don't like politics and music to mix, but it's damning in its assessment of modern day America.

James have always had a reputation for leaving some of their best songs off albums, the band's democratic process sidelining them as not fitting in with the style of the other songs, and Broken By The Hurt is no exception. A heartfelt assessment of someone impacted by "suicidal, cancer, loss of child, betrayal, deceit", it's a song full of empathy, both in the lyrics and Tim's voice, that succeeds through the emotional warmth of the words and the soothing tone of the music that perfectly complements it. It resists the urge to take off and go off in many directions like Better Than That or Hank, but it doesn't need to.

The Better Than That EP whets the appetite for a record that will be mostly full of songs that haven't been heard by the fan base, as most of the songs previewed last summer have fallen by the wayside. It suggests that James are still searching for new ways to challenge themselves and us, their audience, by experimenting, refusing to let songs simply stagnate or follow a traditional structure. They're still angry at the world, unafraid to comment and unprepared to compromise, yet can still also pull off those yearning beautiful songs they've mastered over the years.