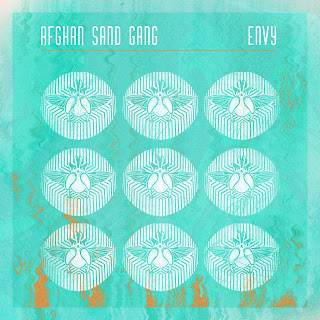 Afghan Sand Gang return with a new single Envy, their first new material since last year's Machine Music EP. It's a social commentary on the state of human interaction in these times of black or white, right or wrong where discourse and compromise are out of the window.

The song is about the way people's views are formed from what they read rather than using their intelligence to decipher what is right and coming to a balanced view of what's going on in the world rather than living in an echo chamber so it feels particularly appropriate right now.

They told us "Envy is about the increasing lack of empathy in modern society and the dangers of people forming ill-informed beliefs and opinions from reading sensationalist headlines."

They play London Old Blue Last on May 10, before headlining Manchester Night People on May 11.