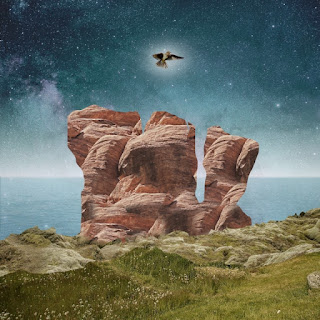 We're delighted to be asked to exclusively reveal online Skylark, the lead track from Dave Fidler's forthcoming second album Songs From Aurora, which is due for release this Spring.

Dave told us about the song - "The chorus lyric ends with ‘The Skylark only calls when it’s climbing’. I thought that was symbolic of life as a writer in a lot of ways - singing when things are looking up and going well, or singing when your fighting an uphill battle. I wrote it whilst doing a song a day in August and think it sums up how important it is to turn up every day for your art. There’s a reference to Manchester graphic designer Micah Purnell at the end. One of the first billboards he put up in Manchester was about looking up to the sky every day."

Songs From Aurora is the follow-up to Dave's debut I'm Not Here and has a much fuller sound than the lo-fi guitar sound of his debut, which allows the natural richness and emotional qualities of Dave's voice to really come to the fore and be accentuated by the instrumentation around it.