TRACK OF THE DAY (EXCLUSIVE) : Matter Of Mind - Sunken Revelations 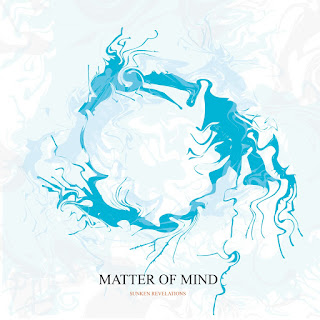 Sunken Revelations is the new single from Matter Of Mind. The song has been a live favourite since it was introduced into their set and now finally gets a release of its own.

Frontman Jordan told us more about the song's meaning - "The song is about the 'oh shit' moment when you hear something that you really wish you didn't hear. The world kind of just stops and there's nothing but you and your thoughts - or so it feels. However, in certain situations like this, you're not always going to be on your own, and the world doesn't just stop, so you have to almost shelf it and keep your cool to avoid looking stupid and to avoid embarrassment. You kinda just have to stand there and pretend that you're not really freaking out inside and wanting to run to the hills and disappear for forever. Then it's all the typical anxiety and baggage that comes along afterwards; all the internal 'what ifs', replaying the situation over and over until it makes you sick, on and on and on..."

Continuing their tradition of recording away from home (their debut EP State Of Mind was recorded down in Watford with Lower Than Atlantis' Ben Samson, the new single ‘Sunken Revelations’ was recorded, produced and mixed by Callum Benson (Deaf Havana) at Steel City Studios in Sheffield.

To coincide with the single's release campaign, they headline Manchester Star And Garter on April 12 with support from Jekyll. Tickets can be found here.