TRACK OF THE DAY : Woman You Stole - Frustration 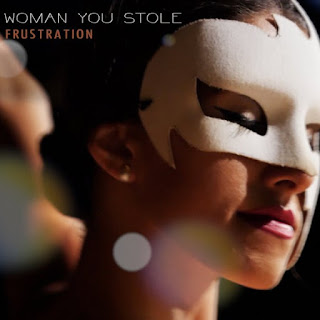 Frustration is the second single from Manchester alt lo-fi trio Woman You Stole.  Set to an eerie disconcerting video of a masked face and corseted body moving around the screen, Frustration is the follow-up to last year's debut single Excuse My French

Cleverly the song's opening verse builds up the mood of the song to reflect the song's title, tight and claustrophobic before the chorus feels like a release of the frustration, demanding of the song's protagonist "let me know how you feel" before drenching the listener in harmonies and a punchy repeating guitar riff in the breakdown.

The band have only played a few live shows so far, but have demoed twenty nine songs in the relatively short time they've been together.

Woman You Stole are on Facebook and Twitter. They support Piroshka tomorrow night (March 29) at Manchester Soup Kitchen.

Email ThisBlogThis!Share to TwitterShare to FacebookShare to Pinterest
Labels: Woman You Stole