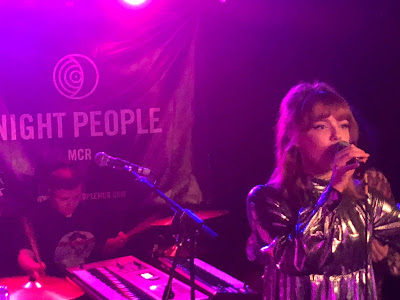 The Seamonsters headlined a fundraising and awareness event for Solidarity Not Silence, a campaign set up to fund women to defend themselves against a defamation case made by a well-known musician in respond to numerous accusations about his behaviour towards them. Support came from Manchester's Dollie Demi and Ruby Joy.

Ruby Joy opens up proceedings with an impressive solo acoustic set and whilst her take on Arctic Monkeys’ Fluorescent Adolescent and Telescope from the TV series Nashville are made her own, it’s her own material that stands out most. Despite being stripped back and without her usual band the expansive nature of the songs are very much in evidence on Sometimes, where she loosens her vocal cords and shows the range in her voice, or on forthcoming debut single Hooked On Your Mind. 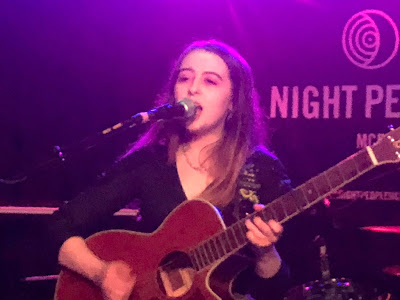 Her lyrical themes are the simple ones that make life complicated - relationships and uncertainties about direction in life - but they’re delivered with a clarity and wisdom even if the solutions are still unclear. Ruby is definitely someone to keep a close ear on.

Dollie Demi is here to put on a show with her band Ella on guitar, Mia on bass and Anna on drums and they’ve developed into a formidable live unit now from their early scratchy gigs. Big guitar riffs and danceable beats permeate everything even the “slower jazzy” Be The One  as Demi struts the stage and, on the closing Ruby Lips, the floor with an exuberance and a huge grin on her face that betrays just how much fun she is having. 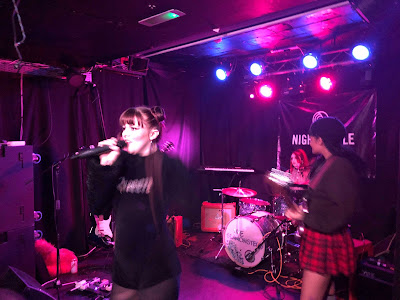 There’s a confident assuredness as Demi tells us we’re all Sexy As F (we’re not) and ends up lying on the floor with Mia and her guitar at the end of Ruby Lips. Songs like a new one called Nothing Underneath and Cigarette suggest there’s much more to come too. Their message of being yourself as a young woman is a powerful one and by dropping the studied poses of many of their male contemporaries they’re a far more interesting and varied proposition in an industry which Demi tells us throws shit at them from every direction.

It’s a theme that The Seamonsters take up as soon as they take the stage with their opening song Are You With The Band?, a simple yet damning indictment of how as young women they’re treated differently. Lyrically the song focuses around that question and the poke-in-the-eye retort “we are the band” yet musically the song embraces the drama and shapeshifting that characterises much of the best music from their hometown Sheffield.

Blue Movie Baby might be a couple of years old now but still feels as fresh and vibrant as the day it was released because of the way Lauren, Hollie, Tassie and Ciara play these songs with an energy that’s often reserved for the excitement of a new song even though their debut single Wonderland is now four years old. When they take on the uncoverable The Ting Ting’s Shut Up And Let Me Go they stamp their own South Yorkshire style all over it. 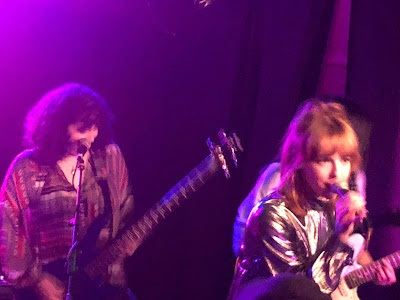 The contrasts in their style are evident in Le Mort Est Un Jeu Fou which could soundtrack a black and white French drama film and the way in which TMay samples our former prime minister over scuzzed up electronic beats.

Recent single How To Be Famous takes aim at instagram culture both tongue in cheek but with a serious message to be yourself which Naomi spells out loud and clear and they finish with an early single Lost And Found that shows just how far this band of sisters have come in the past few years. Fiercely independent they’re a shining example of how to be in a band with your friends, to be yourself and not expect overnight success and take time to discover your path in an industry that ignores you because of your gender. They’re fun, inspirational and certain in their identity whilst nodding to their influences and their time should be right now.

You can find out more about Solidarity Not Silence here.