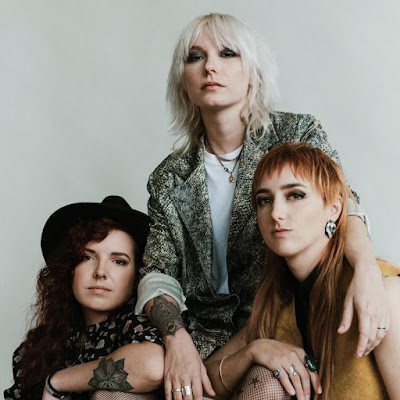 Velvet Stripes have released a new video for their single Lizard Queen taken from last year's second album Devil Dance as the Swiss trio kick off an extensive tour of Germany in February.

Velvet Two Stripes were one of the highlights of the 2013 Great Escape Festival and released their debut album VTS the following year. The usual issues of being able to keep a band sustainable meant that their next major release was 2017's EP Got Me Good and then their follow-up album Devil Dance appeared in 2019.

Lizard Queen was the stand-out track on the record and has now been set to video to promote the tour they're about to embark on. It's full of their trademark powerful guitar work, big riffs that have always been their trademark but feel even more vibrant, confident and assured here.