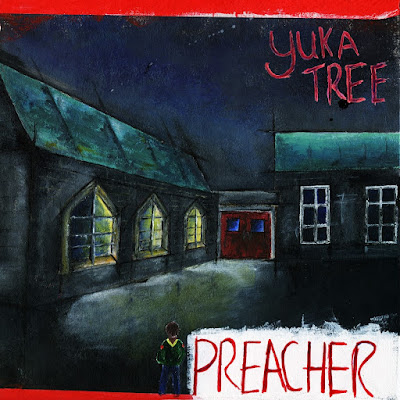 Preacher is the debut single from hotly-tipped five-piece Yuka Tree out on January 24th. It focuses on the importance of being happy in yourself, refusing to accept the social norms and expectations that are placed upon you and to be your own person.

Formed less than a year ago whilst meeting working at Manchester club 42nd Street (and coincidentally releasing the single on the label that takes its name from it), Yuka Tree are lead vocalist and guitarist Kieran Breese, guitarists Jacob Shotton and Louis McLoughlin, Joe Royle on bass and Oliver Barron on drums. They've played a number of shows around Manchester building a reputation in 2019 and their next show at Salford's Eagle Inn on January 24th will be their debut headline show to coincide with the single's launch.

They describe Preacher as "a call for free thinking, self-expression and a healthy critical attitude towards authority and social norms" and challenges the listener to cast aside the expectations they feel are placed on them by society and to set your own life goals and ambitions and measure yourself by them instead. It has a ferocious energy running through it, sharp-edged guitar cutting through the song's rhythmic drum beat and Kieran barking out the lyrics like commands.

Tickets are available for the single launch here.