TRACK OF THE DAY : Saults - Proud 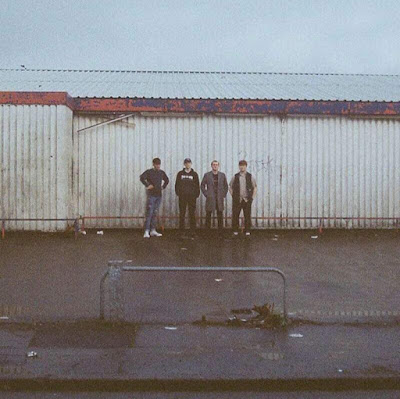 Proud is the debut single from four-piece Saults ahead of their debut headline show at Aatma in Manchester this Friday night. The song takes aim at the rise of patriotism in Britain and the pride that people take in being British that is being fuelled by the toxicity of the media with a real sense of anger.

Saults don't give much away about themselves with their online presence, no names of band members, preferring to describe the band simply as "post punk music from Greater Manchester" and "a touch abrasive for the mellow Thursday night crowd" whilst letting their music do their talking for them.

Breaking the conventional rules about how a single should be structured, the song is a minute in before we hear any vocals, the mood and the pace of the song already set by the rumbling guitar riffs and repetitive drums before they set onto the "dogshit papers like The Sun (fuck The Sun)", people wanting to take holidays abroad but not wanting any foreigners here, seeing everything in black and white in a way that suits their world view and the much-repeated phrase over the last three and a half years of getting the country back. The chorus asks the question simply - "does it make you proud to be British?"  The rough and ready production simply accentuates the message in clarity, sincerity and anger at what's been allowed to happen.

Saults are on Facebook and Twitter.  There are other tracks online by another band called Saults - Proud is the only one by this band at present.

Email ThisBlogThis!Share to TwitterShare to FacebookShare to Pinterest
Labels: Saults