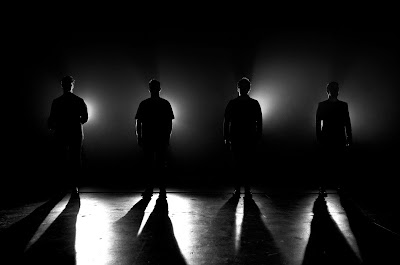 Ist Ist have today announced their debut album Architecture and revealed the opening track Wolves as well as a UK tour in May and a secret show at Salford Sacred Trinity this Thursday.


Ist Ist started off in 2014 as a trio and quickly made their name across Manchester as one of the ferocious live bands on the scene with songs like Love Song, Brutalize, Things Will Never Be The Same Again, 121, Left For Dead and Rats which have all since been discarded yet would form the centrepoint of many other bands' sets. They released five standalone singles - Night's Arm, White Swan, Silence, Strangers and Right Before Your Eyes - and a number of limited edition audience-recorded live CDs that sold out immediately, before their debut EP Preacher's Warning at the start of 2018.

They expanded to a four-piece for their second EP Everything Is Different Now at the start of 2019 and followed it with a Sessions double EP of live versions of the two studio EPs recorded in a day in the style of John Peel sessions. They've headlined venues such as Manchester Ritz, Gorilla and Deaf Institute as well as playing further afield in Berlin and Porto. They also sold out an Independent Venue Week show at Hebden Bridge Trades Club and Preacher's Warning from that show is featured on a compilation album of performances from that week of shows that is out now - their Halifax Lantern IVW show this year sold out within hours of going on sale. 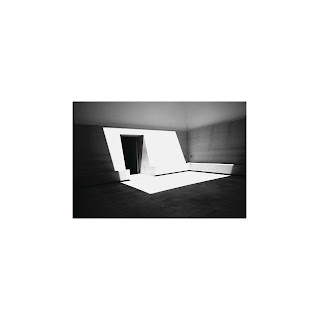 Architecture features ten songs, including re-recorded versions of Silence and Night's Arm as well as a radically reworked version of Love Song called New Love Song. The full tracklisting is Wolves, You're Mine, Black, Discipline, New Love Song, Silence, Drowning In The Shallow End, Night's Arm, Under Your Skin and Slowly We Escape.

The album was recorded last Autumn at Big City Jack’s Recording Studio in Bury with Michael Whalley and was mixed in New York by Greg Calbi who has worked with David Bowie, Bruce Springsteen, Arcade Fire, Paul Simon, The National and Interpol among others.

It will be released on May 1 on black, clear and yellow vinyl, the latter only available at shows after an initial run of 50, as well as CD, streaming and download from the band's website. 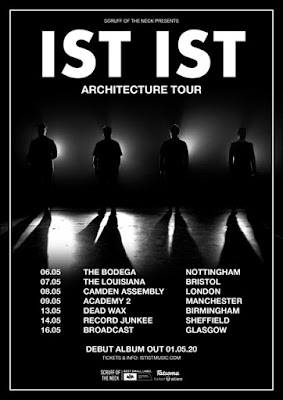 Architecture is available to pre-order from their shop where you can also buy tour tickets.