TRACK OF THE DAY 2 : The Slow Readers Club - All I Hear 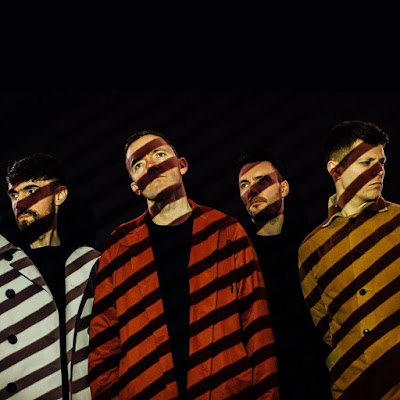 All I Hear is the first single to be taken from The Slow Readers Club's forthcoming fourth album The Joy Of The Return due out on March 20th with a thirty-date UK and European tour to follow. It's full of the trademark anthemic qualities that they've become renowned for and showcases the band at their confident best as they attempt to replicate the surprise Top 20 success of their previous album Build A Tower.

Commenting on All I Hear, front man Aaron Starkie explained the meaning behind the lead single "All I Hear is about a lack of agency and an inability to affect change. That there’s something happening, and you have no choice but to go along with it."

The eleven track album features All I Hear, plus two songs The Wait and Problem Child that had been previewed at dates in 2019 alongside eight previously unheard tracks.  The full tracklisting is All I Hear, Something Missing, Problem Child, Jericho, No Surprise, Paris, Killing Me, All The Idols, Every Word, The Zero Hour and The Wait. It's released on March 20 on CD, cassette, standard magenta vinyl, band-store only magenta vinyl with black splatter and a limited to 400 Dinked edition clear vinyl with magenta splatter that also contains a unique signed art print. There are also test pressings and album t-shirts available as part of bundles on the official store.