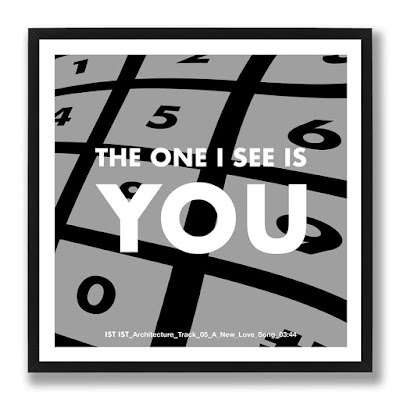 A New Love Song is the fifth track to be revealed from Ist Ist's forthcoming debut album Architecture. It's a radical reworking, more like a complete reinvention, of one of their earliest songs, slowing it down and taking the fierce intensity of the original early live favourite into something more glacial and majestic.


The original version of Love Song was only available on a limited edition run of CDs called B back in the early days of the band. As part of the decision-making process for Architecture, the expanded band line-up (multi-instrumentalist Mat Peters joined after their debut EP Spinning Rooms) spent time revisiting early songs and so A New Love Song was born.

The song follows on from the four tracks already released from Architecture - Wolves, You're Mine, Black and Discipline - but slows the pace down, showing the band's mastery and control of the pace and impact of their music on the listener. The deep baritone vocals of Adam Houghton sound even more affecting when set against the doom-laden electronic backdrop of this track that envelops you in its claustrophobic spell from the outset.

Their May tour is in the process of being rescheduled and new dates should be available next week.