TRACK OF THE DAY : Slyrydes - I Claim To Be Intelligent 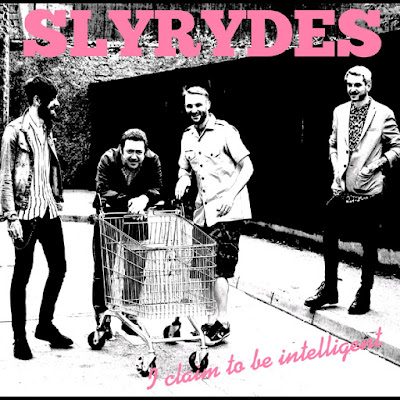 Galway's Slyrydes return with their fifth single I Claim To Be Intelligent. Skeletal in parts, frantic, cluttered and urgent in others and accompanied by a simple video that captures perfectly the themes of mental health and trying to live up to others' expectations, it's the sound of band starting to broaden their horizons as they record their debut album.

Slyrydes hail from Galway and comprise of Mark Raftery on vocals, Fuz Reilly on bass, Mark Comer on lead guitar and Paul Clarke on drums. The four-piece made their name in 2019 with four singles - Mental Health, Point Of View, Out Patience and Dangerous Animals. I Claim To Be Intelligent is their first release of 2020.

I Claim To Be Intelligent sees Slyrydes adopt a different approach to their sound as the band explain "With this new single I think we show off a side to us the listener hasn’t heard before; the way we write songs is ever evolving, and to us this sounded more like an REM song the first time we played it together…" It does still however possess many of the urgent darting qualities of its predecessors as the song progresses, Mark repeating "I'm on it" with increasing frenzy as the song swerves and accelerates in the second half with backing vocals that sound like they might be from a different track altogether creating an intensity that holds you rapt in their grip.

Email ThisBlogThis!Share to TwitterShare to FacebookShare to Pinterest
Labels: Slyrydes