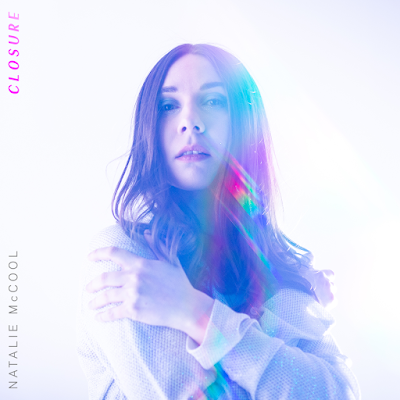 Closure is the latest single to be taken from Natalie McCool's forthcoming third album due for release at some point later this year. As the title suggests, the song deals with the aftermath of a break-up and finally turning your back on the past and looking forward.

Right from the off the song is Natalie's most upbeat musically for some time which adds emphasis to the chorus where she declares in no uncertain terms "All I want is closure" as a contrast to the thought processes of coming to that conclusion in the verses.

Natalie explains the song - "Have you ever wanted to get over someone so much that you figuratively bury them? Closure is the journey you take to finally slamming the door on that person. It's a high energy middle finger to your once beloved. What I imagine people doing when they listen to this song is bouncing around singing the chorus at the top of their lungs - I wanted to create something that is anthemic but also full of humour. Because sometimes, crying and laughing are not so different from one another"

"When you are suffering from loss and grief from a bond that's been broken, the emotions you feel are very complex and numerous, the facets of a break up are many - like a rainbow. This idea interests me because rainbows are always seen as positive, and I believe going through that range of feeling is also positive because it's a necessary process FOR closure. So I brought this rainbow idea, which is also a big image in the song's chorus, to all of the creative ideas for the single campaign too"