TRACK OF THE DAY : PINS - Ponytail 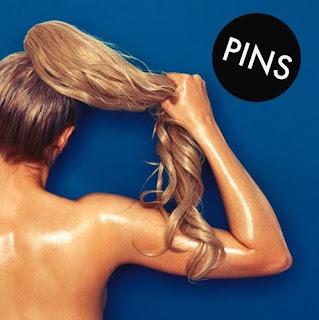 PINS have released their new single Ponytail and announced details of their third album Hot Slick, due for release on 29th May via their own Haus Of Pins label.  Following on from previous singles Hot Slick and Bad Girls Forever, the track confirms the three-piece's shift away from the post-punk sound of their albums Girls Like Us and Wild Nights towards the dancefloor.

The song champions heading out to alleviate the boredom of the daily grind, celebrating who they are and living life for the moment - "I wear high heels with my guitar, hold my hands up like a star. There's a disco where we all go, everyone knows who we are. Yes we will be out tonight, I whip my ponytail from side to side."

Hot Slick is self-released on 29th May and features ten tracks including the three singles Hot Slick, Bad Girls Forever and Ponytail plus seven as yet unreleased tracks. It comes in a choice of transparent orange vinyl available in independent stores only, black vinyl, CD and download.