Track Of The Day : The Glass Child - The Year I Disappeared 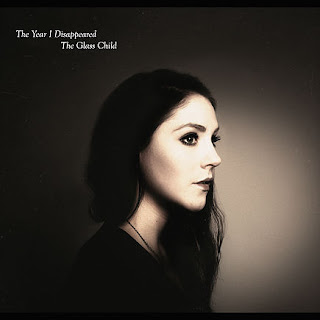 The Year I Disappeared is the first song to be taken from The Glass Child's forthcoming third album that's available to pre-order via a Pledge campaign. It's a beautifully fragile track that starts with a solitary piano before blossoming out as the vocals come out to play out a dramatic tale that's a taster for a record that she describes as being about "STILLNESS • ACCEPTANCE • DEVIATION • LIGHTNESS"

The Glass Child is the non-de-plume of Swedish "songwriter, recording artist, wanderer, dreamer, writer and author" Charlotte Eriksson who has already two albums - I'd Like To Remain A Mystery and I Must Be Gone And Live Or Stay And Die - under her belt as she prepares to release her third full-length recording. She's also a published author.

The intriguing introduction to the album promises that the record's ambitious but deeply personal aims "I wanted to turn my life into my art. My very existence into a poem. This is my story – it’s been a beautiful fight. It still is." If The Year I Disappeared is anything to go by, it's going to be an incredibly intense and emotional journey listening to the album.

The Glass Child's official website can be found here. She is also on Facebook and Twitter.  The Pledge Music campaign for the new album is here.

Email ThisBlogThis!Share to TwitterShare to FacebookShare to Pinterest
Labels: The Glass Child