Track Of The Day : The Tom Hingley Band - Beggar's Hand 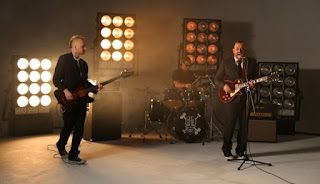 Record Store Day sees the debut single release from the Tom Hingley Band - Beggar's Hand. The band are donating all proceeds to help the homeless in Manchester and Liverpool.

Tom Hingley has focused on his solo career in recent years with some beautiful acoustic compositions on 2009’s Thames Valley Delta Blues and the 2013 album Sand. The companion piece to Sand - Paper - saw Tom back in band mode, working as a trio on some of his songs with The Fall’s Steve Hanley (bass) and Twisted Wheel’s Blair Murray (drums). This new way of working resulted in Tom forming a great new group with bassist Ste Pearce and drummer Malcolm Law to make up the trio who embrace punk, rock ‘n’ roll and soul.

Back in 2014, the newly formed band played a few select shows around the country, mixing up songs from Tom’s solo back catalogue and road testing their new material. The band had an obvious chemistry - they seem to intuitively feed off each other to create a raw yet soulful mix.

Of the new songs, Beggar's Hand immediately stood out. Tom’s vocals are rich and soaring throughout, backed by a great punk pop sound from the band. Lyrically, the song deals with homelessness and proceeds from records sold go to help homeless charities in the North West - Liverpool's Hope Fest, and Manchester based Lifeshare. Both initiatives deal with the increasing number of people who are classed as homeless, providing much-needed support, signposting, food and emergency items for rough sleepers.

“Hope Fest is honoured to be working alongside the Tom Hingley Band to raise funds and awareness for the homeless. We run an annual music festival where the ticket fees are either food or clothing, which goes directly to the homeless, with funds allocated to help towards running training programmes for people who have experienced homelessness,” said Hope Fest’s Anna Grace Henney.

Beggar’s Hand is backed with B-side Toy and released on 7” on Saturday and Tom plays sets at Vinyl Revival in Manchester at 9.30am and 3 Beat Records in Liverpool at 5pm.