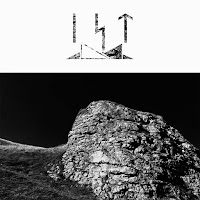 Ist Ist release Night's Arm on Friday ahead of a headline show at Manchester's Soup Kitchen on Saturday night. Armed with a dark menacing black and white video that matches the mood of the song, Ist Ist make a sound that's harder and more raw than anyone else in town at the moment.

Back at the start of January 2015, we randomly stumbled across four songs by a mysterious band called Ist Ist. Intrigued by the uncompromising and secretive nature of them, we put together an Introducing piece ahead of their debut show at the Night And Day. Over the past eighteen months, Ist Ist have gradually revealed more about themselves, played some ferocious incendiary live shows that have built their reputation around Manchester and this week are set to release their second single Night's Arm.

Their live shows have become something of a legend around town, the sound cranked up to the very brink of distortion and destruction and a light show as powerful and as bad for you as looking straight into the sun. Night's Arm captures, as best you can with a studio recording, the intensity and thrust of those shows, the crisp clear production accentuating the stark desperate vocals - "night's arm reaches out from beneath its cloak, rips the beating heart from my chest" and the moment the guitar comes in and hits you like a dam being breached washing you away with the flood.

The single also has an accompanying video filmed around the industrial land at the back of Manchester's Green Quarter, Castleton, High Peak and the Woodhead Pass.

Ist Ist are on Facebook and Twitter.  They headline Manchester's Soup Kitchen this Saturday, August 27. The single Night's Arm is out tomorrow, August 26.