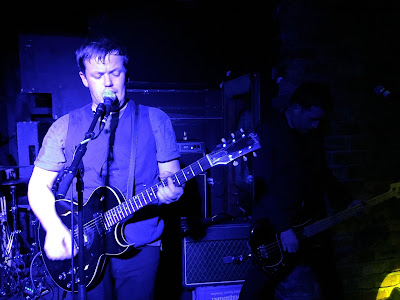 Making their Glasgow debut, Manchester's Ist Ist played a storming show, winning over a new legion of fans. Before that, local heroes Aufbau Principle played an impressive set. Stuart Ralston returns to one of his favourite venues in his hometown.

The Hug and Pint is the perfect venue for Ist Ist. With the bar and vegan cafe at street level, the dark, intimate venue can be found downstairs. Unfortunately we didn't arrive until after Peter Cat played, and we were sorry to miss them as both Aufbau Principle and Ist Ist spoke highly of  them during their sets.

Glasgow's Aufbau Principle, a 4 piece, have just completed a UK tour with Ghum are no strangers to the local scene having formed at the end of  2017. Their 30 minute set is packed with massive post punk, post industrial tunes. Opener Abattoir packs a punch. Rhythm section (Ruth on drums and bassist Nicola) form the backbone of Aufbau Principle whilst guitarists Qaiyyum Tajudin and Kieran Milne build their songs to epic proportions. 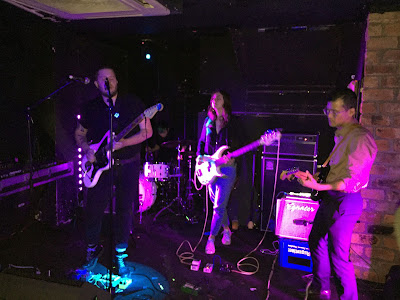 In tracks like The Consequences of Falling, Godhead and Wretch, I can hear influences such as Section 25, the Durutti Column and New Order.  Thief sees the band go for more of an electro sound with Qaiyyum swapping guitar for synths. I haven't seen Aufbau Principle before but was mightily impressed by them, as were the rest of the audience. It won't be long before I see them again.

As the Ist Ist set draws to a close, bassist Andy addreses the assembled crowd and comments that when you visit a new place, you don't know what the crowd will be like but the band are suitably impressed with both the audience and the support acts this evening. Headlining The Hug and Pint on a Saturday night is the perfect time and place for the Ist Ist Glasgow debut. A charming and intimate venue, far removed from the halls they have been filling in their native Manchester. As such, it is both a privilege and a pleasure to see them at such close quarters. After a marathon trek from Bristol the night before, the band could be forgiven for being a little tired but their fifty minute set is a triumph from start to finish. Mixing old and new, the audience reaction grows steadily as the show progresses.

Opening with driving new one You're Mine demonstrates the confidence of Ist Ist. Not content with playing it safe, instead launching into an infectious new tune featuring superb synths from Mat Peters. It's a slight departure from Ist Ist of old, and suggests the direction they are taking with their much anticipated debut album. Jennifer's Lips keeps the tempo high, powered by Andy's storming bass lines. Silence sees the band shift up another gear. I Want To Disappear is a departure. Stripped back of their pounding bass and guitars, it's almost acoustic and demonstrates the diversity to their growing catalogue of classics. 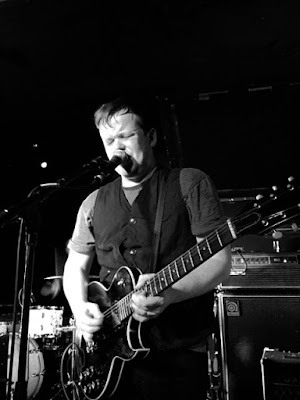 Emily is a real epic and sees Adam producing his best guitar work before darker songs like Son Is The Father and Night's Arm take over. Both are complete with dominant bass lines from Andy.  As Ist Ist take the step up from cult local band to national treasures, their back catalogue is impressive and they can easily hold a candle to the illustrious bands they have been compared to; in truth, they surpass them.

Preacher's Warning remains my favourite Ist Ist moment and it doesn't disappoint tonight. It gets a massive response from the crowd, many of whom I'd imagine are unfamiliar with the band. The beauty of Ist Ist is in their power to draw the listener in and be totally absorbed by their sound. Adam might not say much on stage, but he opens his heart in songs such as the cathartic I'm Not Here. After a majestic Undignified, another new song follows. Black has a great hook, and is as dark as it is uplifting. As soon as it's over, I want to hear it again. The crowd reaction suggests I'm not alone.

Traditional set closer Diversion rounds things off. An explosive end to an incredible show. Ist Ist surpassed our expectations tonight. To capture a band at their peak in such intimate surroundings is a rare treat.

They play Bury Met (28), Birmingham The Flapper (October 3), York Fulford Arms (5) and Manchester Ritz (19, supporting Ladytron) before heading to Porto for the Post Punk Strikes Back Again festival at Hard Club on December 7.