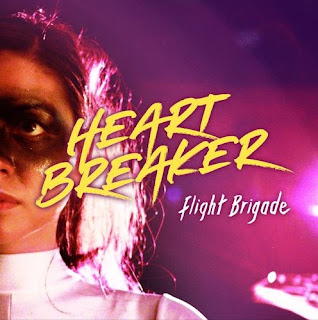 Heartbreaker is the latest single from Flight Brigade ahead of the release of their album Chased By Wolves tomorrow (September 13) and a tour that runs through most of October.

Once described as "the English Arcade Fire" Flight Brigade have been around for a few years now, yet Heart Breaker sounds like they've managed to retain the freshness and excitement of a band just starting off. The PR spiel describes it as "like a drive though neon-lit streets, chasing the memory of an unforgotten love" and for once we find ourselves agreeing with it.