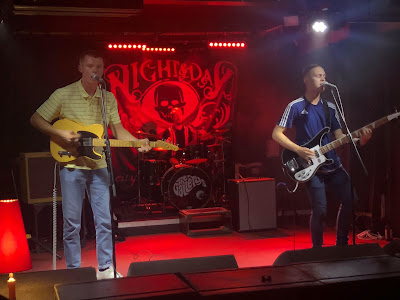 Kent's The Gallerys brought their nationwide Steady Beat tour to the Night And Day in Manchester on Thursday night supported by Wigan's Neptune Valley and Manchester's own No Vacancies, a three-band bill that delighted the small but appreciative crowd. 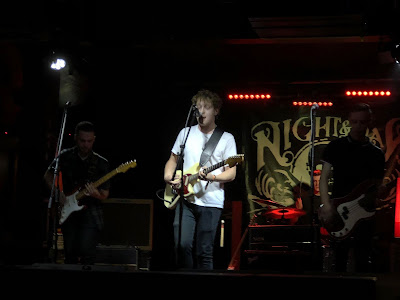 No Vacancies are up first and they describe themselves as a "four piece band playing original songs designed to get arses off seats." It's a bold statement but their songs are big, bold and anthemic. They may have some obvious influences, including their cover of Kings Of Leon's Supersoaker mid-way through their set, but they're smart and savvy enough to stamp their own personality all over their original material. Lead singer Will has a confident demeanour and voice that sits atop soaring guitar riffs and powerful drums on the likes of Those Days, Bad Habits and the set highlight Circus Show which show them to be a new band with promise. 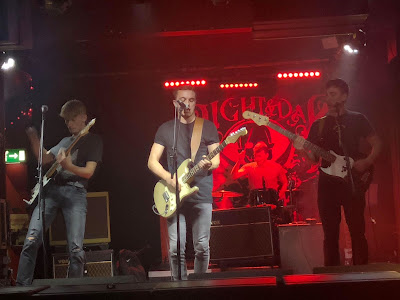 Neptune Valley are next up, telling us they're here to have fun and they certainly seem to be doing that, starting with recent single Synthetic Love and even throwing in a surprisingly ambitious cover of Childish Gambino's Redbone that actually works. Unlike a lot of bands trying to make their mark, their sound is quite fluid, moving from full on guitar-laden rock to something more groove-laden seemingly without taking a breath and with Jordan's impressive vocals being able to effortlessly move with the band, their sound is impressively tight without losing fluidity. They finish with a storming Flick The Switch, the set's highlight and surely a contender for a future single.

The Gallerys go down a storm over two hundred miles from home and you only have to listen to a verse and a chorus to understand why. Their songs are crafted to immediately give you a warm feeling of familiarity, but the way in which James and Craig deliver the vocals, either one of them as lead, them combining, or one acting as the backing vocal foil to the other, fills the songs and the room with their personalities. They're unassuming between songs and it's impossible not to warm to them as a result to the point where the audience at the end demand an encore of their ode to their home town Shadow Street. 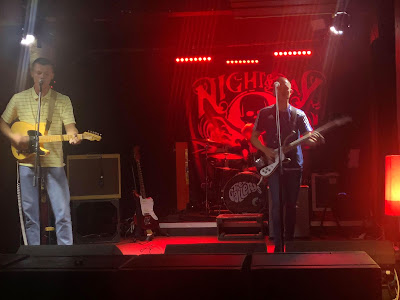 Before that the set comprises mostly of songs from their three EPs. Paisley and Imperfect Perception have been on steroids since their release back in 2017, retaining their original charm but packing a much harder punch than ever before. Their set-opener Over The Bridge and the slightly weird and wonderful Doctor Friend, sung by drummer Dan, represent the follow-up It's Up To You, whilst this year's Lucid Trail EP has the more mellow title track plus Steady Beat and the aforementioned Shadow Street.

They've got new material as well to impress us with mid-set. Future single On The Other Side, You're A Dreamer and My Heart Is Sold showcase a band that's both progressing yet retaining an innate understanding of what makes them so appealing to an audience - even so far from home on a self-booked tour, which is a brave move for them to make given they could end up playing to an empty room.

Even though there's only about thirty of us there, the response they get is probably greater than a hundred curious punters watching the next big thing with little interest. The only blemish on their copybook is a cover of Blur's Parklife that feels unnecessary when they've got several of their own songs that stand up on their own that make way for it. Nevertheless it's an impressive set from a band that's got significant potential and are out round the country discovering themselves and sowing the seeds of something bigger.

Email ThisBlogThis!Share to TwitterShare to FacebookShare to Pinterest
Labels: Neptune Valley, No Vacancies, The Gallerys