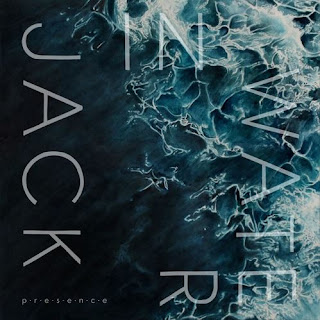 Presence is a four-track EP from Jack In Water, aka William Clapson. His fourth EP is a beautifully evocative yet understated record that trades eloquently in the turmoil of human emotions and deals with them with a warm refreshing compassion for other human beings.

Jack In Water has been recording and playing live for the best part of a decade now, from 2011's The Meaning Of Events, through 2016's The Piano One to last year's Absence EP, recently gaining the support of BBC Introducing in Essex.

The EP opens with Gentle Punches where William tries to soothe the confused mind of a friend who's lost their partner and is refusing to move on - "You said that the clutter in your head tricks you to think he is coming back. Let go of these vices, they only do you harm." There's a warmth in the simple production that allows space for all the instruments to be heard, but for the sincerity and concern in William's voice to shine through brightly, assisted in parts by some wonderful layered vocals. The song skips around in style, keeping the listener on their toes as the next move feels unpredictable.

Noise has a simple acoustic guitar underpinning the song, lying below Will's voice, which sounds rich, redolent and compassionate. It reminds us of how when Coldplay dispatch with the bluster and stick to the simplicity of some of their beautiful ballads and it stands strong in that comparison, partly through a similarity in the vocal delivery. The song blossoms out as it progresses yet still retains a poignant intimacy that's crucial to ensuring the soothing impact of lyrics like "And all this time you felt alone, everyone you love was waiting for you to arrive" to be fully appreciated.

Until We Meet The Dust is a love song, an unabashed celebration of the joy of finding the one and not believing their luck. Lyrically it eulogises the feeling of being loved "How remarkably rare this is, to be found and understood, I question if I’m worthy at least fifty times a day, cos you found me and you chose us until we meet the dust" and the lush orchestral feel of parts of the song beautifully complement the subtle electronic shades of the rest of it.

The EP finishes with I'm Here, the EP's most claustrophobic moment, a tension created in the music and by hints of uncertainty in the lyrics, the fear of trying too hard to make things right - "I force my love on you out of fear, when you’re tortured by worry, I’m just giving you solutions for problems." Once again the production allows everything to be heard and rich emotion in Will's voice to be heard to its full extent.

Presence is testament to the fact that there are many talented songwriters who pass under many radars for whatever reason. Whilst one bypasses years of hard slog and working to get immediate success, others take the long road and often don't get their reward. If there were any justice Presence would make Jack In Water a household name. Over four songs raw human emotions that anyone with a heart could relate to are described in revealing and evocative detail, a soul and mind laid bare set to music that accentuates their impact by not overpowering the words but subtly enhancing them.