TRACK OF THE DAY : The Wha - Innocents 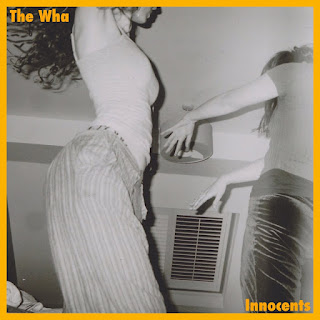 Innocents is the debut single from Kilkenny's The Wha, the latest band off what seems like a conveyor belt of bands coming from across the Irish Sea. Like the others though, they've got a spirit and a personality of their own and this shines through in both the song and the video for Innocents.

Already signed to influential indie label Chess Club, who've released the early singles of many bands that have gone on to much bigger things, the four-piece comprising of Finn Cusack, Sam Cullen, Marek The Lech and Abe G Harris have already built up a strong following and reputation and back home that is certain to follow them to the UK with Innocents just the start of that process.

They're fiercely independent in their stance though, rightly refusing to be lumped into some sort of  Irish musical movement, recently telling DIY in this insightful interview that "There’s a very strong scene at the moment, deadly tunes left, right and centre but we’re not part of it. We’ve no intention of being part of the so-called ‘post-punk’ scene, though we recognize its importance and placement at this moment in time. As it stands we’re more interested in doing our own thing." That shines through in Innocents.

Email ThisBlogThis!Share to TwitterShare to FacebookShare to Pinterest
Labels: The Wha