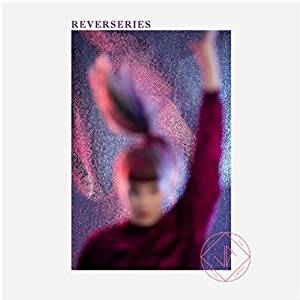 Reverseries is the fifth album by Swedish singer Jennie Abrahamson and her finest piece of work yet, an intoxicating mix of subtle electronic beats, a dash of pop and warm enveloping vocals that together form a collection that's both immediately satisfying but which reveals hidden depths and layers on further inspection.

Reverseries is a record that deals with both affairs of the heart and the ever-changing political and social landscape that we face in 2017. It's open, honest and raw in its assessments of both subjects. And as it progresses you can start to understand the meaning of the album's made-up title.

It opens with Safe Tonight, a song that sets out Jennie's stall for the record. The crisp production that accentuates the beautiful range that she possesses in her voice is a trait that runs throughout. The positivity of lines such as "Give me something lasting, give me something good, bring it to me sunshine" may not last and the confessional You Won Me Over that follows may not last but they're a fine marker for what to come.

Take Me Down To The Water's chorus has an almost angelic gospel feel to it such is the seemingly effortless lift from the understated verse that precedes it. It's one of the album's many highlights. The album's lead single Bloodlines sees the mood start to change slightly, an uneasiness around relationships starting to permeate through although Jennie's vocals don't give the game away until you listen to what she's singing.

The album's centrepiece is Anyone Who, a dreamy uplifting song where Jennie demonstrates the extraordinary range of her voice. On first listen it feels like a love song, but it's actually about refugees arriving in her native Sweden facing the hostility of elements of the indigenous population with bafflement - "I'm not afraid of you, because I have travelled over waters". It's an interesting juxtaposition, and one that's repeated elsewhere on Reverseries, and it's this that makes the whole album such a revelatory listen.

Not In My Name, which follows, is darker and more foreboding in its musical mood and is a more direct attack on the same people who foster that hostility - "your ignorance is not in my name" and "you don't speak for me, your fear is not mine" - making her message perfectly clear.

Man In You and Don't Talk deal with the complex nature of relationships. The former speaks of the male / female traits that sit in each of us and when they come to the surface whilst the near seven minutes of the latter talks of a relationship living in the current not looking forward set to a subtle shimmering beat that runs throughout the song.

Summer is an optimistic look forward to better times where Jennie once again demonstrates the dexterity in her voice, using it like an instrument at points to set the mood and atmosphere of the song. The album closes with Lift Me Up, an interpretation rather than a cover of an obscure Bruce Springsteen track, not that you'd ever tell other than reading the album's credits. It's a positive counterpoint to the emotional doubts of the previous songs, celebrating the power and effect of love through the warmth in Jennie's voice as well as the comfort blanket feel of the music it dances around.

Reverseries feels like the work of an artist at the top of her game, unafraid to deal with both emotional insecurities that we all feel yet often can't articulate and looking at the social and political turmoil we're living in from a humane human standpoint. It acts as a showcase for Jennie's stunning voice and its ability to dictate the mood, emotion and impact of the songs it's been charged with. A quite stunning record that shouldn't be allowed to creep under your radar.