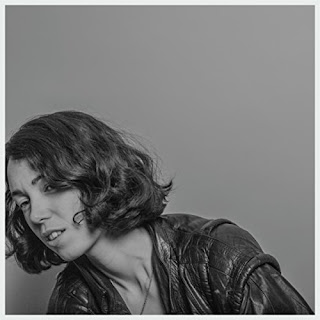 Kelly Lee Owens’ debut has been a few years in the making, however the long wait has been worth it as the self-titled album delivers on all the sultry mysterious promise of early singles Lucid and Arthur.

What Kelly does so well on the record is not to overwhelm the listener, it’s more a warm late-night arm round the shoulder, a relaxing peaceful mood-setting as the electronica and Kelly’s half-spoken half-sung voice, often layered to stunning effect and often there for harmonies rather than to impart words of meaning, combine to mood-altering effect. There’s strings, the sound of insect and bird chatter where others might choose to lift the BPM. It’s a record that allows you to immerse yourself in it completely, sink down and let it envelop you.

Both those aforementioned singles are present and correct as is her recent collaboration with Jenny Hval on Anxi, one of the highlights of the album.  Away from the singles, Evolution is a remarkably simple yet addictive track where Kelly exhorts us airily to “be the / see the revolution” where as the airy dream-like Bird clocks in at nearly six minutes but feels like it could go on forever without ever feeling like outstaying its welcome.

Throwing Lines has a more traditional structure to it but without losing any impact as Kelly’s vocals swarm around the beat that underpins the song. On this and Keep Walking, you almost expect the song to burst into spectacular life, but that’s the magic of this record, it always has you on the edge, standing on a tightrope yet always looking up at the stars, fascinated by the sounds that are enveloping you.

Kelly Lee Owens is genuinely beautiful and engaging record, best listened to late at night in the dark in this form where it can work its intoxicating magic on you, but ripe with opportunities to take these pieces of music and craft something very different for other times and places. It’s an understated record that captures a mood and an atmosphere to perfection.