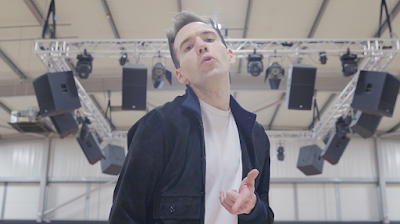 Oh Yeah is the second single from Dutch Uncles' recent excellent fifth album Big Red Balloon, released as they embark on a two-week UK tour in support of the album. The video for the single, as well as the recorded version, features Stealing Sheep and sees them embark on a trip to a roller-skating rink in the glamorous surroundings of Bury.