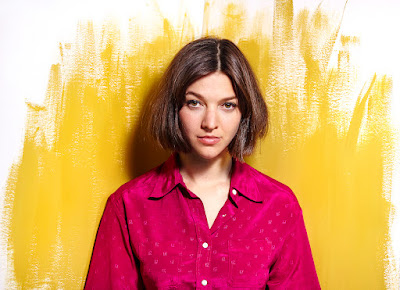 Hannah Ashcroft was a familiar face on the Manchester gig scene pre-COVID and she announced her return with a new single Shadow. We caught up with her for a chat about the single and how she came to wrote it, what she's been up to and what her plans are.
First of all, for those readers not familiar with you, could you introduce Hannah Ashcroft?
Hello! I’m a singer/songwriter and guitarist based in Manchester. If you’re local, you may have seen me playing live - either with various talented friends, my own shows or busking . I’d say my music falls mainly in the indie/folk bracket but I have encountered outrage for including myself in either of those genres!
Could you tell us how the song Shadow came about?
Shadow was the result of an all female songwriting residency run by music charity Brighter Sound, Beth Orton and Afrodeutsche. It originally started out on piano, I had envisioned it to be a bouncy, Beach Boys- esque pop number with harmonies but after working with LNA (a whizz at production), it turned into this sparse, synthy sort of ballad.
What were the lyrical inspirations behind the song?
At the start of the  residency, we all sat down and talked about our experiences in the industry, imposter syndrome and sometimes feeling pitted against each other. This wasn’t something I drew on intentionally, but the lyrics just kind of wrote themselves and this is the experience I can look back and relate it to. Really, I guess it’s about feeling inadequate and not having a seat at the table.
As the world opens back up again, many artists seem to now have a whole brand new set of songs to reveal. Is that the case with you and what can we expect from you to follow up to Shadow?
In contrast to how most of my songs sound, I generally have to be in quite a positive space to write. This has been such a bizarre time that I honestly haven’t been very productive at all. I do have one finished song from lockdown which we will be releasing some time next year. It’s surprisingly upbeat considering I spent the entire writing process sobbing into a glass of bourbon (I wouldn’t recommend it).
Have those songs been influenced by what’s happened in the last eighteen months – has it changed your songwriting process and themes at all?
The songs I am releasing have changed quite drastically because of the pandemic. Lots of incredible (and usually very busy) musicians were suddenly available, so I had a great opportunity to collaborate with people I wouldn’t have necessarily been able to work with before.  If I had released them last year as planned, they would sound completely different and not half as interesting.
Obviously it’s been a little while since you’ve been able to get out and play shows. What plans do you have for playing live?
I’ve been a little hesitant to actively book shows after having so many cancelled or postponed over the past eighteen months but I’m keeping my fingers crossed and  currently booking a tour for Spring next year. We’ve also got lots of filmed live sessions in the bag…. You know, just in case.
One final question, for those who’ve not heard your music before, how would you describe it to someone new to Hannah Ashcroft?
It’s always difficult to box yourself in a particular genre but someone once described my music as the love child of Radiohead and John Martyn, which I was pretty happy with. These days I’d probably throw some Julia Jacklin in there too!