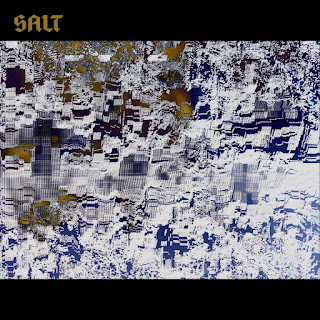 Egyptian Blue return with a new single Salt, their first since last year's Body Of Itch EP, and the first taster from their debut album that's scheduled for release in 2022 as they embark on their first tour for eighteen months.

Like many of their contemporaries Egyptian Blue deal with the toxic male behaviour of keeping their emotions inside and not dealing with them. The repeated lines "I've been chasing my own tail" and "Don't wanna to talk about it" express in simple terms the downward spiral that people sink into. Musically, it's immediately recognisable as Egyptian Blue, yet also starts to explore new sonic territory for them as it progresses, the aggressive full-on guitar assault of the first half of the song replaced by a more reflective expansive sound.

Front man Andy explains a little more about how Salt came to be - "the song came from a series of anxiety dreams containing monotonous behaviours that felt like walls closing in. That sense of chasing my own tail. Jumping into the dark pit of the pandemic only served to heighten this. I’d been reading this book called On Solitude by Michel De Montaigne and we’d been discussing it on a slow ferry to Dublin. When I wrote Salt, seeing the world as a feverish dream, the book resonated with my sense that we can cover-up emotions and nervous energy with a veil of pretending to be ok".