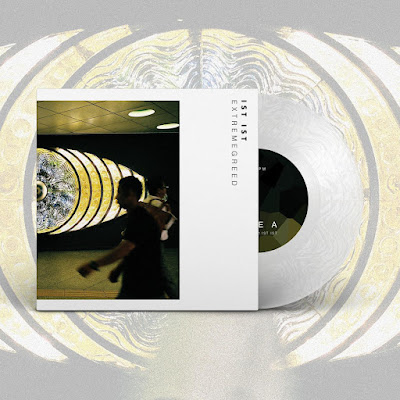 Extreme Greed is the second single to be taken from Ist Ist's forthcoming second album The Art Of Lying. Released digitally and on a limited 7" single that also features a demo version of the song, the track has already become a live favourite with its driving verse and chorus, retaining everything that's made Ist Ist a real underground success story over the past few years but with an added radio-friendlier sound that demands to be heard.

It's accompanied by a striking video that combines performance footage with the story of a man who fights back against the frustration and monotony of the repetitive daily grind of the office, continuing the band's powerful combining of visual imagery with their music that saw them release a video for each track from their independent top three debut album Architecture.

The Art Of Lying is released on November 26 on black and cobalt blue vinyl, CD and cassette and can be ordered via their website as can the 7" single from 10am, Friday 15th October.