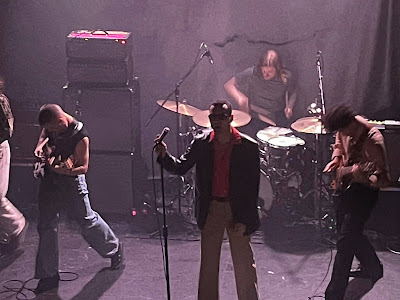 Liverpool's Sound City festival returned after a year's absence with a belated 2021 three-day weekend event. We travelled across from Manchester for the Saturday and caught eight bands across the course of the day culminating in Arts Club headliners The Murder Capital after sets by King No-One, Jekyll, Holly Macve, The Lottery Winners, Alright (Okay), Stone and Courting. 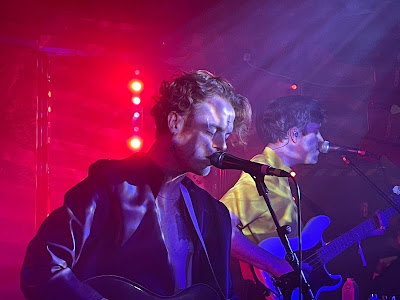 Our day opens with King No-one in the basement and we’re grateful for the aircon that wasn’t here last time we were here as they’ve packed the room out. It’s no surprise given their early slot is a stop off between tour dates in Edinburgh the previous night and Newcastle tonight - and they’d surely be in a prime evening slot otherwise. They have fans singing every word of Not Willing To Sacrifice My Life, Alcatraz, Roll Of The Dice and their signature tune Antichrist that brings their too short half hour set to an end. Led by the confident and assured Zach we very much get the sense that we’re watching a band going back to their roots here, getting “dirty” with us as he says. By half past two we’ve already seen a band you could have headlining their stage. 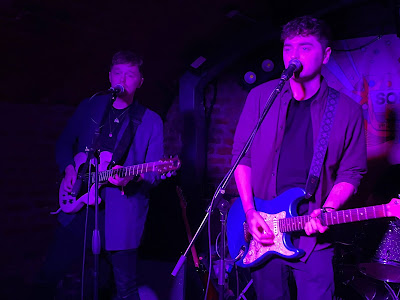 We then head to EBGB’s for Jekyll, a band whose progress we’ve followed for a number of years. They battle against the poor sound in the venue which takes some of the edges off their songs but their impressive songwriting craft still very much shines through, particularly on recent single Catherine Wheel. A brand new song Won’t Let You Down is slower and less in your face than the rest of the set but shows them still seeking to develop their ambitious sound. So Wrong is the highlight, shining gloriously through the muddy claustrophobic sound. 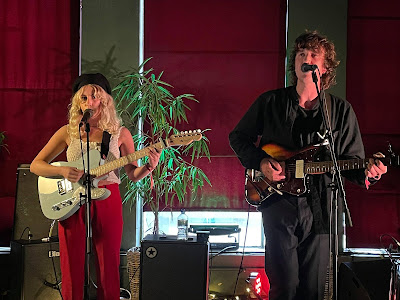 Holly Macve’s set in Leaf is a beautifully delicate one, her unique voice may be an acquired taste for some because it dares to be different from the plastic perfection demanded by talent shows. However it accentuates the emotional uncertainty of songs like Daddy’s Gone, which she explains above the impolite chatter of the crowd is about finding out about the death of her father she hardly knew, and Bird from this year’s underrated Not The Girl album. A wonderful new track called San Francisco Honey is a delicate interplay between soft lilting guitars and a rich vocal that captivates those of us down the front paying her due attention. 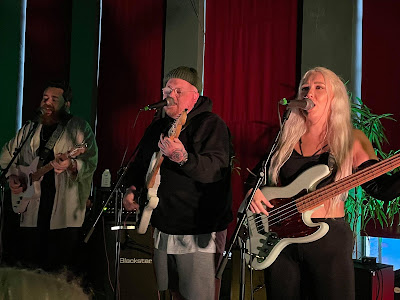 By contrast the audience is almost the star of The Lottery Winners performance that follows but don’t tell that to front man Thom. He laughs and jokes, at his own and band mates expense, takes the piss out of his record label boss loving Red Rum Club and The Lathums more and has everyone eating out of the palm of his hand both between songs and with the glorious battered and bruised anthems that they possess in abundant excess.
Little Things, Headlock, Elizabeth, The Meaning Of Life and the set-closer 21 from their self-titled debut are sung back with gusto by pretty much everyone while the audience are taught the choruses to Start Again (without Frank Turner) and forthcoming single Much Better from their Something To Leave The House For album due at the end of the month and by the time they're done they’re like old friends. There might be people around who want to punch Thom for not fitting the stereotype of what a cool front man should be, but watch them play and you’re more likely to be punching the air.
With rain and queues and access issues we decide to decamp and stay in the Arts Club for the headliner The Murder Capital and miss Lanterns On The Lake who we'll be seeing twice this month - this proves to be an unnecessary move as the venue doesn't get to capacity and The Murder Capital come on twenty minutes late. 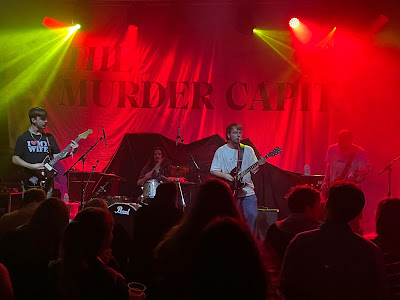 We do however stumble across most of the set of the impressive local four-piece Alright (Okay). Very much post-punk in their approach, debut single Coffee is direct, aggressive and sets the pulses racing while final track Go Fast Diana hints at more ambitious and expansive tendencies. They don't have the biggest crowd of the day, but everyone seems to love them, which is probably better than a venue full of indifference. 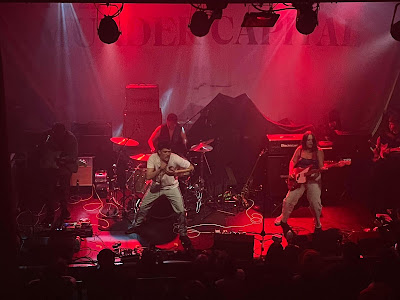 Last time we saw Stone front man Fin was hampered by an ankle injury but tonight he’s throwing himself around the stage on a furious Bankrobber and Leave It Out. New song Waste which gets its live debut is a wild self-evaluation of being a “hateful man” whilst “I want to be adored” The one-two knockout blows of Dance To The Real Thing are accentuated by a flurry of strobes whilst Fuse feels even more furious in its venting of rage at the haves of society in the dark heat of their home town, channelling anger and injustice in a way few others even try to achieve. 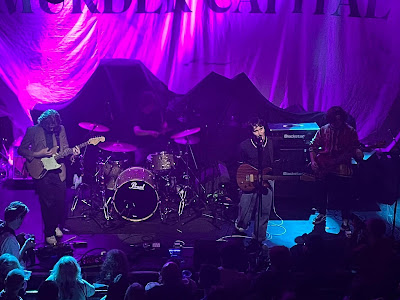 You’d be forgiven for thinking Courting were sports-obsessed with an opening salvo that includes Football, Grand National and Tennis and theeatens to career out of control such is the rapid quickfire delivery both in the tight pulsating rhythm section and Sean’s third-spoken, third- shouted, third-sung vocals that set the moshpit bouncing. We’re still not sure whether the Friends theme tune interlude is serious or a pisstake even when Sean tells us deadpan “we played it because Courting will always be there for you.” They finish with David Byrne’s Badass before one more chaotic ninety seconds of Football, an antidote to the terrace songs going on over at the main stage, that sees Sean on the drumkit and barrier before they leave with hometown cheers ringing in their ears.
The Murder Capital are twenty minutes late and cut their set down to forty minutes. They play though like it's their last ever forty minutes as it's the last night of a run of dates. They seem more abrasive and on edge than we've ever seen them before and the floor responds in kind. James is out in the audience during More Is Less, surfing on a wave of hands as the moshpit erupts in a frenzy. The first of two new songs, codenamed WHTD, isn't as frenetic, but is darker and claustrophobic and full of twists and turns and the crowd pause for breath before going again. 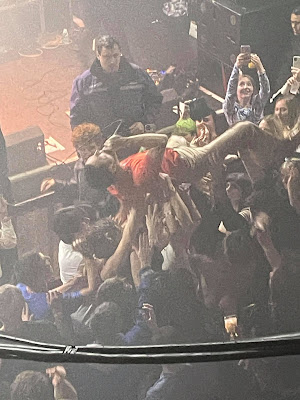 Love Love Love feels like it's on the edge of breakdown, more intense and powerful than we recall or maybe it's just the fact time apart had made us forget just what an all-consuming experience watching them live is - for them and us as James plants a kiss on Gabe's forehead as he passes him by on stage without Gabe pausing being lost in his own moment. "You've still got a beating heart" James shouts at us as a twisting winding Green And Blue. A second new song TL has a similar feel to the first, more complex and detailed than the When I Have Fears tracks and a tantalising taster of what's to come.
Their shows are about the here and now though - James tells us "even after all this we still say Don't Cling To Life" before repeating the song title twice and then giving the familiar command to "take it away Pumpy" and the Arts Club explodes into a mass of heaving bodies that continues into Feeling Fades and James finishes the set, jumping out on to them, held up and carried back to the stage like a returning hero, as they leave the stage with a wall of feedback still blasting out. Good things came to those who waited.
King No-One's website can be found here and they are on Facebook and Twitter.
Jekyll's official site can be found here and they are on Twitter and Facebook.
Holly Macve is on Facebook and Twitter.
The Lottery Winners' website can be found here and they are on Facebook and Twitter.
Alright (Okay) are on Facebook and Twitter.
Stone are on Facebook and Twitter.