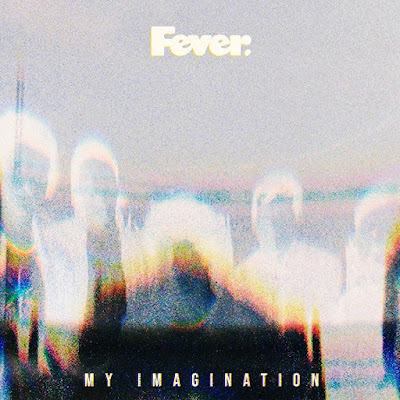 As Fever release their new single My Imagination after coming off the rearranged Blossoms tour they started in March 2020, we caught up with front man James to talk about the track, how they coped with the enforced downtime and more about their plans for 2022.
Rewind eighteen months or so and you were in the middle of the Blossoms tour when the first lockdown happened. How did the band feel at the time having such a fantastic opportunity stopped in mid-flow?
It was disappointing, but it was more important to us for everyone to be safe in a time of uncertainty. We knew that the opportunity would come around again, and in the meantime we just had to find ways to adapt to the circumstances.
What did Fever do over the lockdown period - how did you keep the band alive and active?
We kept in touch through group zoom calls, we’d send each other ideas and try and work on songs using bits of recording gear we had in our homes, we also did a few Lockdown Covers which we had fun experimenting with.
Do you think that prolonged downtime has changed the band in any way?
Yes, but in a good way - it gave us time to reflect on what we want from the band in terms of direction, style and songwriting. When the pandemic began we were still a very new band that hadn’t had much time to develop. I think that the prolonged downtime gave us a chance to stop and think about what direction we want to follow as a band.
And how was it, the first time you stepped back on stage?
It was pretty surreal at first, I think we all felt very grateful to be back up doing what we love most and being able to play songs live for the first time in a year and a half, the audiences were amazing and genuinely full of life.
You were the first band to play the Bonus Arena in Hull once venues reopened and you played a big hometown show at The Social as well. How important is it that you don't forget your roots and act as ambassadors for a city that's often forgotten when bands tour?
It’s massively important to us, we’re all dead proud of where we come from and if we can put anything back into our city then we will. Hull also has a thriving music scene full of amazing talent and strong communal spirit, everyone is out to support one another rather than competing and that to us makes it very special.
You're releasing a new single My Imagination.  Could you tell us a little about the song, how and when it was written and what it's about?
I wrote it earlier this year during lockdown, it’s about the feeling of wanting to escape from the responsibility’s of life, sometimes it’s easy to feel consumed by your day to day life and it represents the idea of freedom from that.
Have you now got a whole set of new songs ready to go - and what do you plan to do with them?
Yes, we’re going back in the studio this month to record some new material. We try not to plan too far ahead because things can change in such a short space of time, but we’re going to keep working on the material we’ve got while focusing on writing new stuff - hopefully we’ll get the opportunity to record in album in the not too distant future, but we’ll have to wait and see!
You've got a few live shows planned before the end of the year, supporting Pacific in Manchester on November 12 and Fuzzy Sun on December 10.  Do you have plans to go out across the country with the single or early in 2022?
Yes, we haven’t got any official dates penned in just yet, but we’re going to be organising a headline tour for early 2022 without a doubt!
Fever are on Facebook and Twitter.